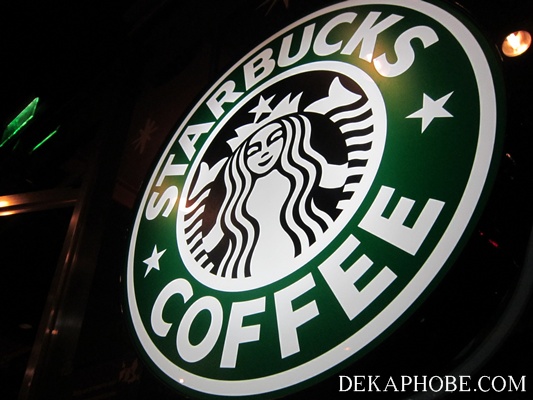 February is the month where I fell in love..with cheesecake. For unknown reasons, I've been craving for cheesecake-like an alcoholic craving for beer. But it occurred to me that I've never tried the cheesecake from Starbucks as I would always order waffles, cinnamon roll, donut, or banoffee pie with my coffee.

I ordered a slice of Oreo Cheesecake (Php 115) with one of their newest offerings, Hot Vanilla Latte (Php 130 for tall, Php 145 for grande). Good thing I have my Starbucks planner with me, I used the February coupon for free upsize.

Oreo Cheesecake is traditional cream cheese in between oreo cookie crusts with a little cream and Oreo cookie on top. It was so addicting that I recently got another slice, which I ate for a midnight snack.

The Vanilla Latte is so sweet that I didn't need to add sugar. But maybe it's just me, maybe it would still taste bitter to some.