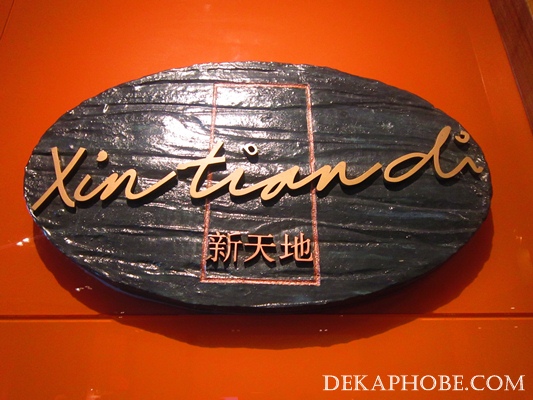 My college friends and I took advantage of Xin Tian Di's Deal Grocer voucher offer and had a little get-together one weekend. Xin Tian Di is Crowne Plaza Galleria's Chinese restaurant which offers an unlimited dimsum buffet. We got the deal for Php 780 per person (the original price is Php 1188), not bad for a hotel buffet. 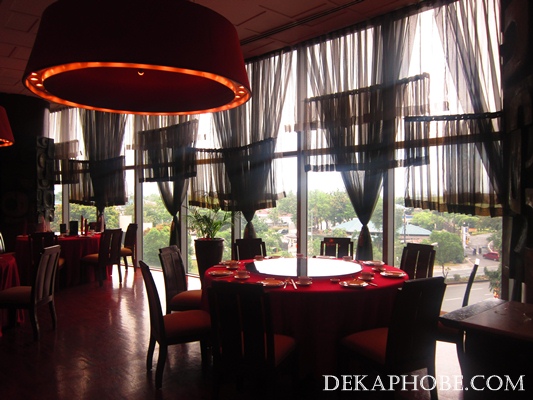 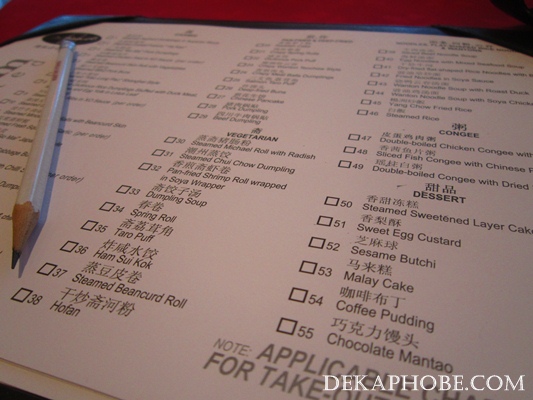 Xin Tian Di has a pocket view of the Ortigas business district with ambient lighting. We were seated at a round table, which was a bit awkward since there are only four of us. We didn't bother to ask for a transfer because we had a nice view of the place.


We were given order forms where we could tick which items and how many of each item we would like to have. The menu has 6 categories: Steamed, Pan-Fried & Deep-Fried, Vegetarian, Noodles, Congee, and Dessert. We skipped the congee but ordered at least 1 from the other categories:

The Japanese Sio Mai reminds me of the ones sold at Master Siomai, but it was so meaty, like the traditional Sio Mai. The Steamed BBQ Pork Buns is a little sweet and my friend liked it. The Hakao has 2 huge pieces of shrimp inside which I really like. Nothing too special though. 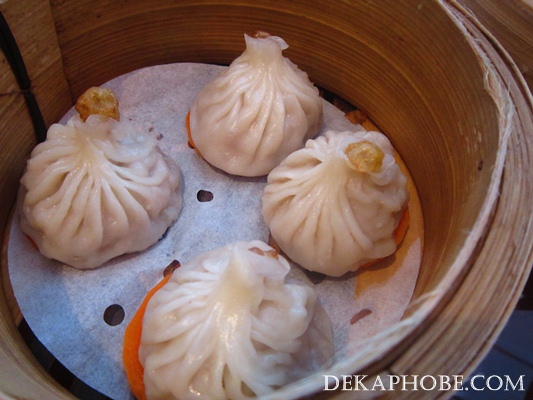 I loved the Steamed Pork Ribs, the meat was so tender that we didn't bother to order rice anymore. Another must-try is the Xiao Long Pao, also known as 'soup dumplings'. It tastes almost similar to the ones I've had at Shi Lin. My friends enjoyed listening to my little Xiao Long Pao lecture while eating these delicious dumplings.

We also had Stone Fish Dumpling and Bird's Eye Dumpling.


I wasn't able to taste the fish in the Stone Fish Dumpling, it was meaty nevertheless. The Bird's Eye Dumpling's good too.

We didn't bother to order too many fried items except the Crispy Spring Rolls, which was a good breaker from all those steamed items we ordered, and the Chinese Pancake.

The Chinese Pancake is like a flattened buchi with custard filling. I loved it!

We also got a vegetarian version of Spring Rolls, but I guess we were too full to appreciate this.

I wasn't into noodle soups and congee so we just ordered Dry-Fried Flat-Shaped Rice Noodles with Beef or Beef Hofan.

I found their version bland. I was looking for a little sweetness but I found none.

Desserts
My friends and I ordered all the dessert items on the menu except for the buchi (since we already had Chinese Pancake). We got the Steamed Sweetened Layer Cake and Sweet Egg Custard. 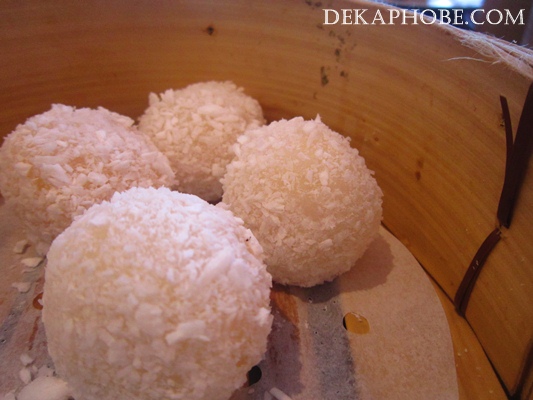 We also got the other three items: Malay Cake, Coffee Pudding, and Chocolate Mantao. 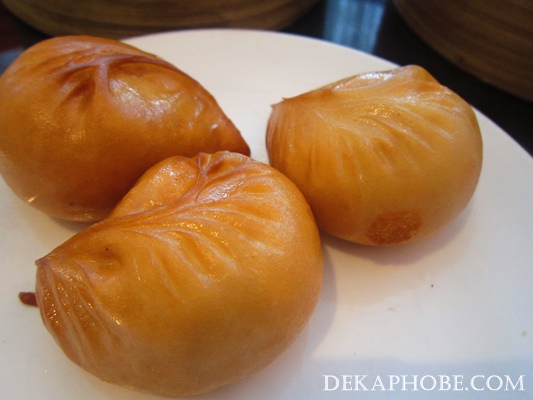 Overall, I was satisfied with our Xin Tian Di experience. The service and ambiance is great. I could say that the deal we got was worth it. I would probably try this once again and try the other items we weren't able to try.