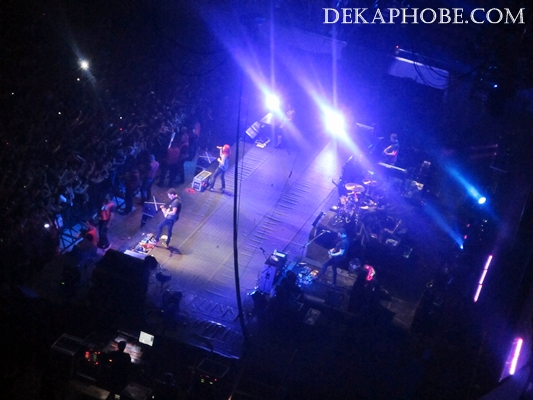 My first concert this year with a rock concert: the return of Paramore here in Manila! :) This is somehow unplanned, my friends and I were talking about going to this concert a few months ago but it never materialized. It was only the day before the concert that we bought the tickets for the concert. haha. 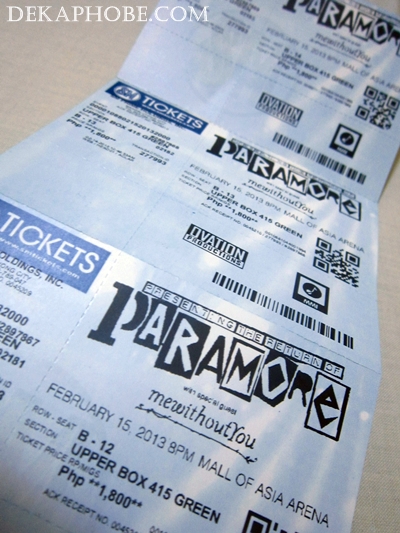 It's my first time to purchase tickets from SM Tickets (first time to watch a concert at SM MOA Arena too). Unlike Ticketnet (which handles the ticketing for Araneta Coliseum), I still had to go to have my print-out presented for the actual tickets. I find this a little hassle, why can't you just accept e-tickets like Ticketnet?


Back to the concert: it happened last February 15, 2013 at the SM Mall of Asia Arena. The concert started at around 8pm by the front act, MewithoutYou. We arrived at the venue around 9pm so we weren't able to watch it, we didn't know the band so it wasn't a problem.

I have another complaint about SM MOA Arena too: they don't have ushers in the boxes. We actually found our seats already occupied. Good thing they were willing to move elsewhere (their seats were also occupied by somebody else, as we were told). 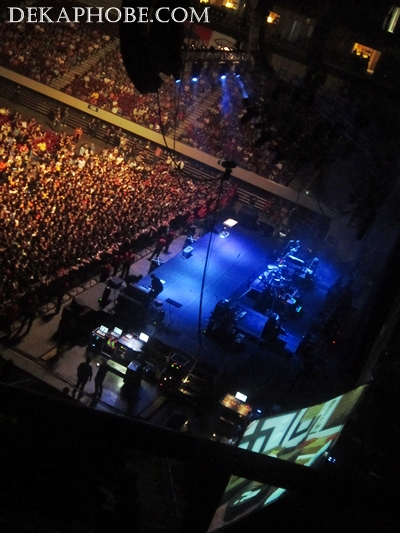 Since we only got Upper Box tickets, I expected our view to be a little far, but damn, I didn't expect it to be too steep! I hope nobody leans in too far.

Anyway, everyone began screaming as soon as the red-haired petite vocalist and her bandmates emerged from the backstage. The concert kicked off with their newest single, "Now". The lyrics of the new song reflected on the band's struggle when two founding members quit the band a few years ago. However, the music reminds me of Gwen Stefani (my friends thought it sounded like Avril Lavigne). 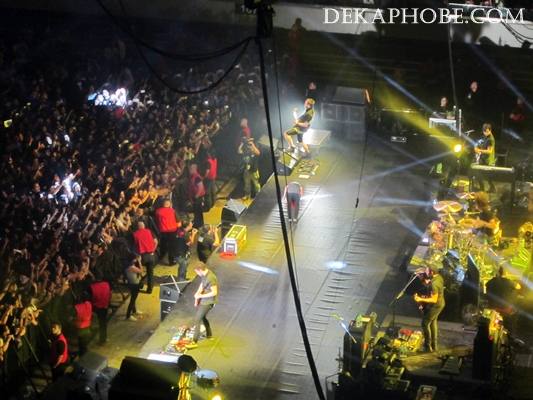 The band played their popular songs, including "Decode", "That's What You Get" and "The Only Exception". I liked their song "In The Mourning", which I haven't heard before the concert. 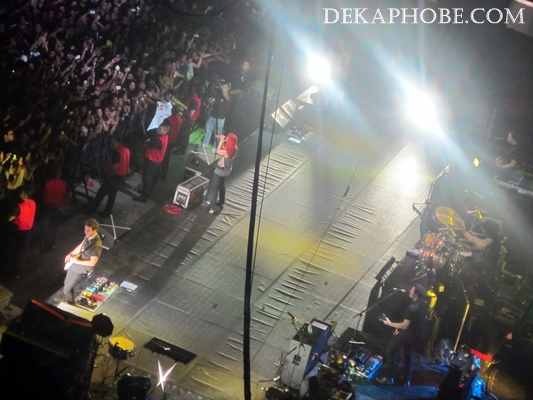 Manila is the only second stop of their world tour this year. I admire Hayley Williams for being charming and engaging to the audience. Also, I loved the band's high energy performance as it was exactly what I was looking for.

For their last song, Hayley got a fan (Vanessa) from the audience to sing with her. And man, Vanessa nailed it! Lucky, lucky girl. :)

Here's the setlist of the concert:

Here are the videos I recorded during the concert:

Paramore will be releasing their self-titled album on April 2013.

I hope I'd get to watch more concerts this year, so please watch out for that!