Our third (and last day) at Puerto Princesa is devoted to the Underground Tour. Our departure time back to Clark is 1:45PM so we had to be at the airport a little after lunch. Our tour agency, La Tiara, arranged that our tour van fetches us from the pension house at 5:30AM.

Interestingly, our tour guide for the day made us watch a short video on how the Underground River was discovered and why was it considered a natural wonder.

After more than 2 hours, we finally made it to Ugong Rock Adventures.


Ugong Rock Adventures is a short stop before getting to Sabang Beach. It's spelunking (or simply "caving") and zipline area. Since our group is a bunch of killjoys (and we don't want to spend whatever cash we have left to save a trip to the bank). We happily skipped the activities there and headed to Sabang Beach.

One of the things why I highly recommend that you get a tour package for Puerto Princesa is for the Underground River Tour. The Underground River has a limit of 900-1000 guests a day so it is REALLY IMPORTANT to have your permits in advance. Of course, our tour agency (La Tiara) already did that for us. However, you should bring your ID for the checking of the permits.

They had to check our plane tickets too (maybe to figure our why should we be prioritized).

Unfortunately, the other group who was with us wasn't as ready as we are: one of them didn't bring her ID and they completely forgot about their plane ticket back to the hotel. Hence, we had to wait for the tour guide to help them settle with the PPUR office. I must commend the tour guide for being so professional, though I think she was as pissed as I was.

While we're waiting, we had some ice cream from the nearby store. Expect it to be overpriced though. 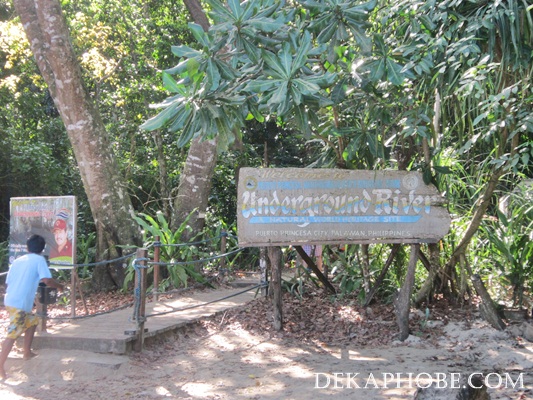 The travel time from Sabang Beach to Underground River is around 20 minutes. As soon as we arrived, we were asked to sign the guest book. We were already given life vests too. Also, it is strongly suggested not to bring chips, or if you're bringing some snacks, it should be kept in your bags because the monkeys might attack you, seriously.


After a short walk in the trail, we finally saw the Underground River. We had to wear hard hats before we toured the underground river. The boats used for the tour can sit up to 10 persons, hence the other group (yes, the same group that pissed me off) had to join us. My friends and I went for the 1st and 2nd rows since we volunteered to hold the lights for the boatman. 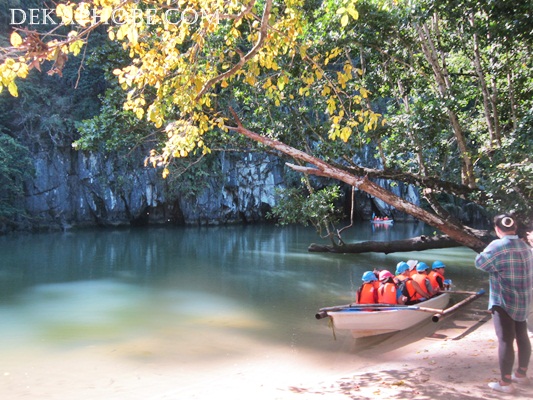 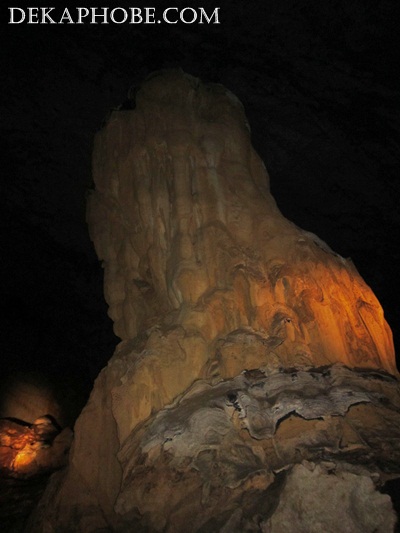 The boatman was very engaging and very humorous. He expertly pointed out formations that resemble cartoon characters or certain objects. With this tour, you should really use your imagination. Be careful with your gadgets though because the water drips from the cave itself. 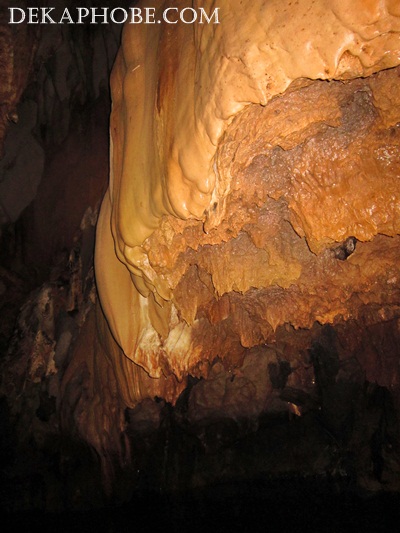 After almost 40 minutes of darkness, we saw light. It's actually my favorite part of the tour. :)


We were dropped off at the "exit" area, where we also left our hard hats and life vests.

Before we leave the Underground River, we had a quick group shot. The view is breathtaking, I can't help myself from getting amazed at how beautiful our country is.

Here's a quick summary of the things you should remember when visiting the Puerto Princesa Underground River:

1. Book in advance for the PPUR Tour.
- It's best if you have a travel agency do it for you, if not, contact the PPUR office directly.

2. Waterproof your things, especially your gadgets.

3. Wear comfortable clothing.
- I highly suggest wearing flip-flops. (I find it weird when people wear sneakers or rubber shoes to the beach, seriously).

4. Bring at least 1 ID and a copy of your plane ticket (should you be flying the same day).
5. Be responsible. Throw your garbage at the trash cans.

6. Listen to your tour guide
- I could say our little group was very disciplined as we didn't cause any delay for the whole tour group. Shame on the group who was with us. I was really annoyed about the fact that our tour group's following a strict schedule but the other group wasn't even thinking about it. Good thing our pension house is just beside the airport though. :P

Overall, our experience was really fun. It was amazing how the people of Puerto Princesa was able to maintain the cleanliness of this natural wonder. I just hope that they would be also able to retain the system for the tourists.

I hope I could bring my kid siblings here someday. :)