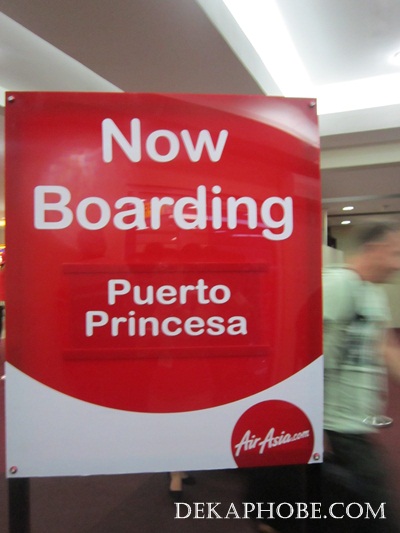 My last trip for 2012 was Puerto Princesa City (PPS) with my college friends.

This trip was actually booked for January 2013, but AirAsia Philippines canceled Puerto Princesa flights, affecting our booked flight. We were given options: to refund our fare, to put our fare to a travel fund and book another destination within a 3-month period or reschedule our flight two months early.

We decided to reschedule it since refunding our fare would be a moot point as we only spent Php 550 for a round trip ticket. Good news? We scheduled it for my birthday weekend! :) 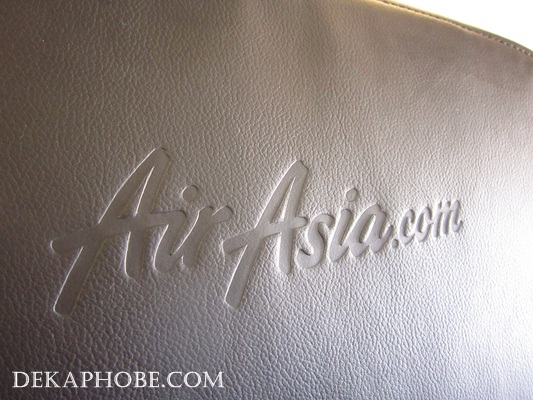 I'm usually more comfortable with DIY travels, but it's a different case for Puerto Princesa. Permits are required for the Puerto Princesa Underground River Tour, and the travel agency can fix it for you. Tour packages are much more practical if you're visiting PPS. I need to mention that Puerto Princesa City is the second-largest city, in terms of land area, in the Philippines.

We got our tour package for 4 pax from La Tiara Tours & Convention. It includes pension house accommodation, a half-day city tour, Honda Bay Island Hopping Tour, and Puerto Princesa Underground River Tour. The total cost for the package is Php 13200.

Forgive me if I missed taking photos of a lot of places we went to, as I was trying to finish a report during our first day in Puerto Princesa (sucks, right?) 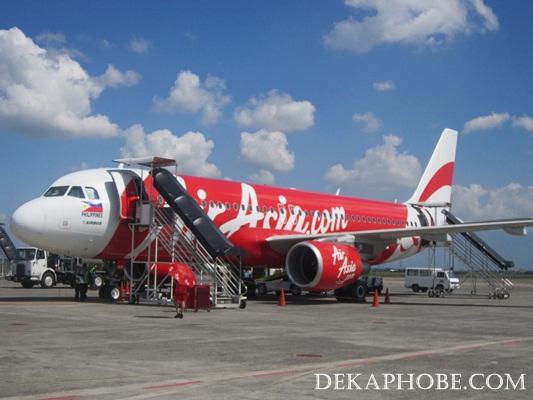 From Cubao, we rode a bus to Marquee Mall in Pampanga (fare is around Php 120). Across Marquee Mall, we rode the AirAsia shuttle bus for free. Currently, a more convenient option is now available (link here). Travel time from Manila is around an hour.

There aren't many food options at the Clark Airport Departure Area. I remember there are only 3 food stalls there, so expect the food to be overpriced. We had to sit near the departure gate because we can't understand the PA system and the screens are too small.

Unfortunately, our AirAsia flight was delayed for around 40 minutes. We never found out the reason for the delay. 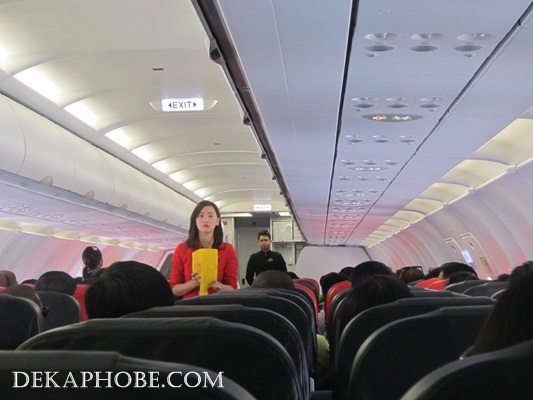 Nevertheless, it was a smooth flight. I noticed that there are lots of vacant seats though (that explains the suspension of flights, I guess).

As we arrived at the Puerto Princesa Airport, the hotel staff was already waiting for us, holding a sign with my name on it, much to my embarrassment (I was the one who booked the tours). The hotel staff is actually from Manila but relocated to Puerto Princesa because he fell in love with the place. 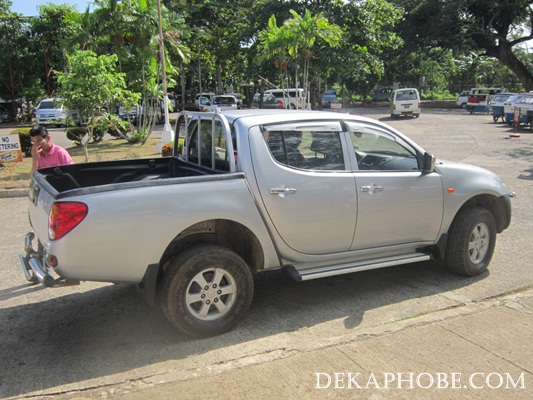 Apparently, the pension house is just beside the airport, seriously. Yet we were still provided with a vehicle to go there. Awesome! More about this awesome pension house soon.

We were allowed a few minutes to our room since the van for the city tour was already waiting for us. So sorry for the delay. :( By the way, certified tour guides will be there to guide you on every tour.