Conquering Guimaras in a Day After our Iloilo countryside tour, we spent the following day in Guimaras.

Guimaras is a small island province that used to be a sub-province of Iloilo until it was created an independent province 20 years ago. The province is known for producing one of the sweetest mangoes in the world. They even prohibit the entry of mangoes or any part of the mango plant from other places to preserve the pure breed of Guimaras mangoes. 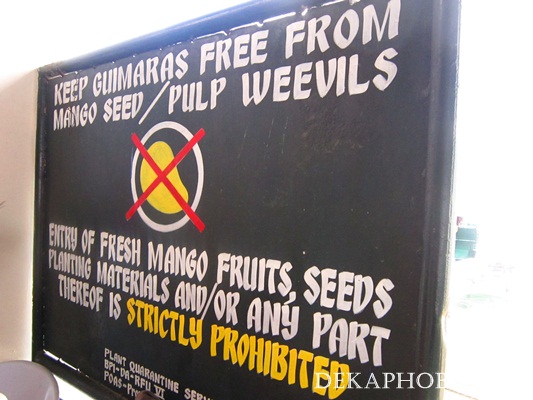 From Ong Bun Pension House, we had a quick breakfast at Panaderia de Molo then walked our way to the Ortiz Wharf, which is the port of motorbancas to Guimaras. A motorbanca ride to Guimaras costs Php 14 per person and the trip takes only about 10 to 15 minutes.


When we arrived at the Jordan port, we were asked to register at their tourist kiosk. Our trike driver Kuya Mai was already waiting for us at the port. The rate for the countryside tour is Php 1200, which is the standard rate for trike tours. There are lots of trike waiting at the port so no worries if you haven't contacted anyone prior to your arrival. A trike can fit up to 5 persons, but if your group is more than 5, a multicab is also available (but maybe for a slightly higher rate).

- Our first stop is called Smallest Plaza. According to research, it used to hold the Guinness world record for being the smallest plaza in the world. We just had some photos taken in front then went to our next stop.

- Kuya Mai asked if we wanted to do some target shooting, I answered with a resounding YES! :) So we proceeded to Guimaras Adventure Park, which offers rappelling, combat shooting, paintball wargames, airsoft, and combative. Vince, a target shooting trainer, gave us basic lessons on responsible gun handling. We also took turns in practicing close distance shooting. The basic lesson costs Php 200 + Php 11 per bullet. We spent an hour at Guimaras Adventure Park. I'd love to enroll in a gun shooting course here in Manila. Yes, I did enjoy gun shooting.

We had lunch at Pitstop Restaurant and got to try Mango Pizza, which was really affordable. More about this in a separate post. 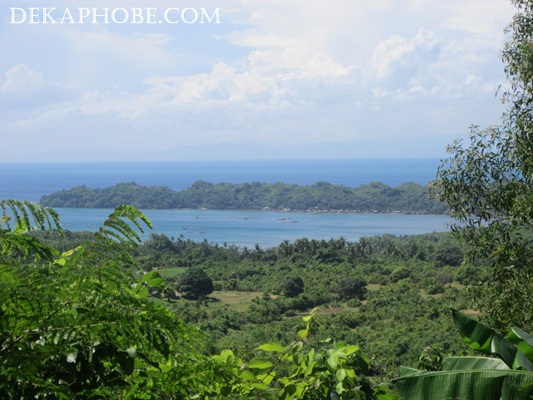 On our way to Alubihod, we stopped at the Overlooking Site to take some photos. According to Kuya Mai, this spot has the best view of the island.


From Jordan, we proceeded to Raymen Beach Resort for the island hopping. The entrance fee to the resort is Php 25. The beachfront itself is so beautiful I almost wanted to just sit there and read a book. We booked for a 2-hour island hopping tour. The rate is Php 450 for the 1st hour + Php 200 per succeeding hour. 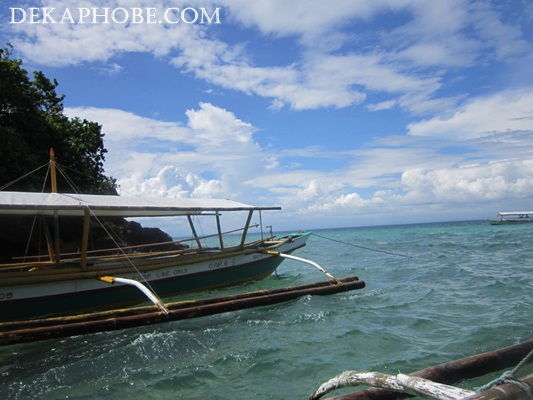 For our island hopping tour, we first stopped at SEAFDEC, which is a research center for fishes and other marine creatures.


SEAFDEC is a floating center, using bamboos as paths. We paid the entrance fee of around Php 20 per person. A caretaker educated us on what SEAFDEC really does and willingly answered our questions. I had to practice my balance here, and it was such a challenge. 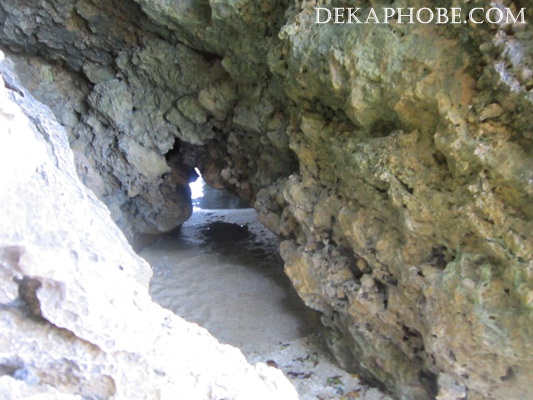 There were children wading at the shore when we arrived. What got our attention was the turtle they were playing with. There's no fixed entrance fee for this island though you'll be asked to donate any amount. Have a heart and drop an adequate amount if you'll be going there.

Other formations/island we saw (but forgot the names): 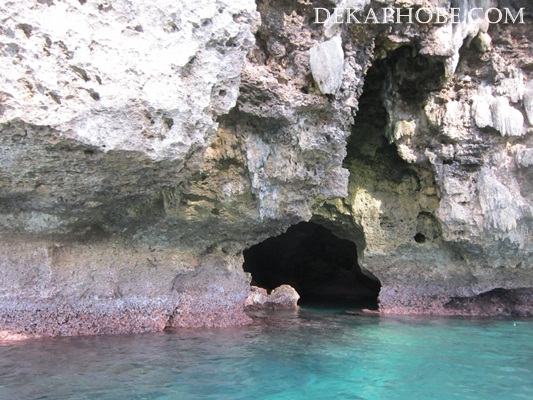 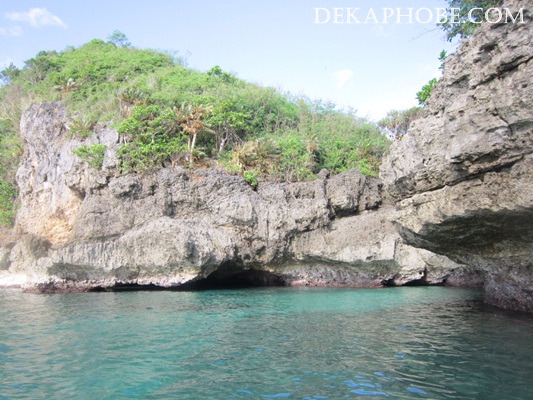 Our island hopping tour took 2.5 hours so we paid Php 700. It was the highlight of our Guimaras countryside tour (aside from the target shooting lessons).

We went back to Jordan to buy pasalubong and visit the Trappist Monastery.

We stopped at the chapel for some prayers and went to the gift shop. The gift shop closes at 4:00PM but may be extended a bit since many people are still coming to buy pasalubong. 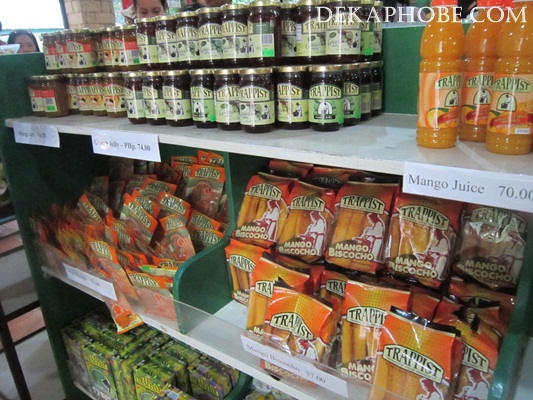 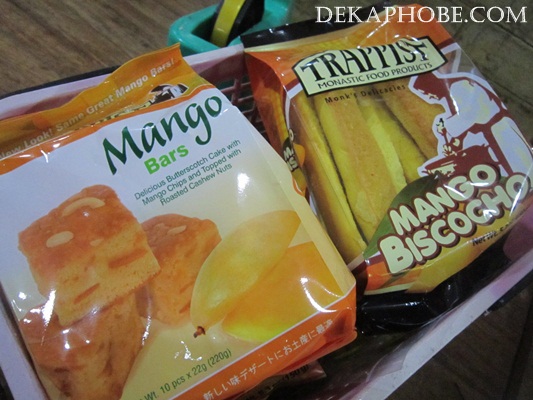 For other pasalubong, we also stopped at GTIC. 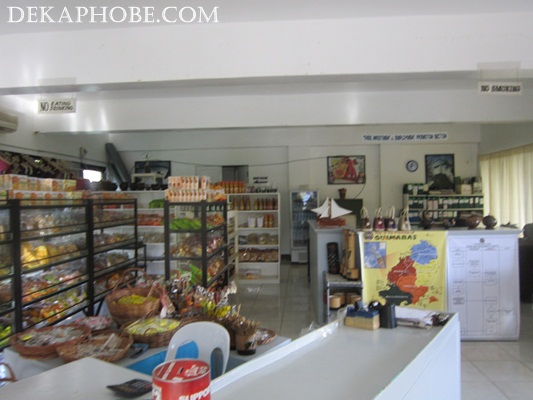 GTIC sells Guimaras-produced food and other pasalubong items like keychains and shirts. 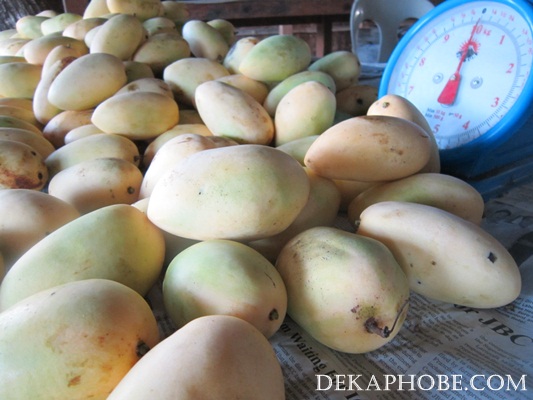 A trip to Guimaras wouldn't be complete if I wouldn't try the Guimaras mangoes. A kilo costs Php 80 + Php 60 for the box. I strongly suggest that you buy unripe mangoes to take home, it's good to eat after 2-3 days.

What could I say about the Guimaras mangoes? It was really really sweet! It's one of the sweetest mangoes I have tasted. I'd go back just for the mangoes.

We weren't able to visit the Guisi Lighthouse since we had to catch a fast craft to Bacolod. Guimaras has one of the most beautiful beaches I have seen. I appreciate that Guimaras isn't too crowded and touristy yet. I'd love to visit again and maybe stay longer.

More about our Iloilo-Guimaras-Bacolod trip in my future posts!