Exploring the Countryside of Iloilo 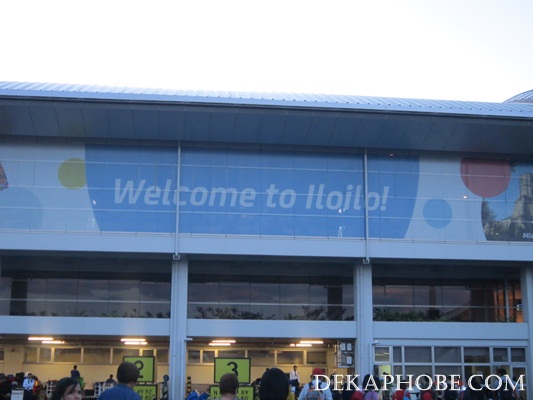 One destination I crossed out on my list is Iloilo. I was dreaming of trying the La Paz Batchoy and Molo Soup, which both were named after places in Iloilo. Aside from Iloilo, a side trip to Guimaras is also recommended. We also squeezed a visit to Bacolod. I wished we had stayed longer, nevertheless, I enjoyed this trip and I'm looking forward to revisiting these places again.

We arrived at the Iloilo airport around 5.40am. Iloilo International Airport is located outside Iloilo City. The airport is quite new and can be likened to the NAIA Terminal 3 in terms of architecture. We rode a taxi to Iloilo City proper for Php 350 fixed fare. Not bad, since we have no other choice in the morning.


On our way to La Paz, we passed by the Iloilo Provincial Capitol and Museo Iloilo.

Iloilo is predominantly Catholic and is known for its old churches. The churches are greatly influenced by European architecture. It was impressive how the Ilonggos were able to preserve these churches.


After our breakfast at the La Paz Market, we rode a jeep to Villa (fare: Php 7.50) We decided to start our countryside tour from the farthest point, which is San Joaquin. San Joaquin is 50+ km away from Iloilo City. A jeepney ride from Villa to San  Joaquin is Php 60. The ride takes from one and a half to two hours. 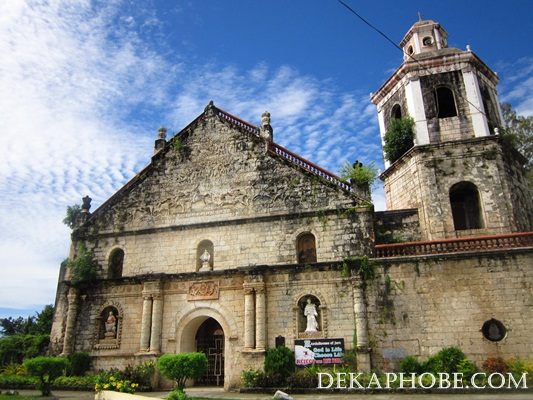 - San Joaquin Church is located near the seafront. It was beautiful (except for the photobomb poster in front). It was closed when we arrived, so after we had some refreshments we rode a trike to our next stop.

From San Joaquin Church, a trike to the cemetery costs Php 30 for 4 pax. It is located along the road. So what's special about this cemetery? The architecture. If I didn't see the tombs, I wouldn't even think that it's a cemetery. 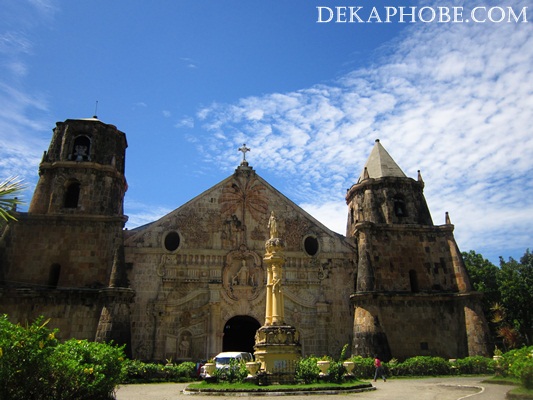 - From San Joaquin, we rode a jeep to Miag-ao (fare: Php 8 per pax). Among all the churches we visited, Miag-ao is the most impressive in my opinion. The church was open but we didn't bother taking photos inside as there was a funeral mass when we arrived.

4. Molo Church
- From Miag-ao, we rode a jeep back to Villa (fare: Php 40 per pax). Since it was already lunchtime, we stopped at Tatoy's for lunch. From Villa, we rode a trike to Tatoy's at Php 30. From Tatoy's, we rode a jeepney to Molo Church at Php 8 per pax. 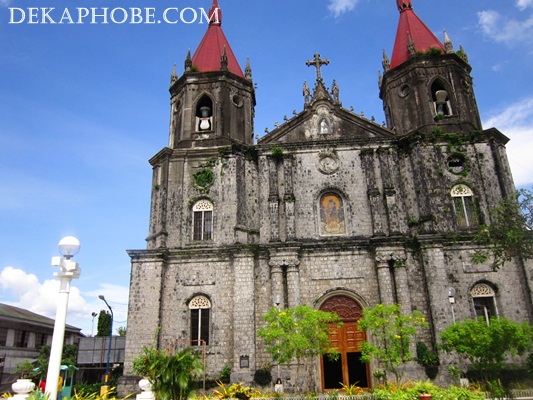 Molo Church is called a feminist church for having statues of women saints inside the church. Aside from the church itself, I was fixated on the statues of Greek goddesses outside the church.
We missed visiting Tigbauan Church, Guimbal Church and Jaro Cathedral (which is within the city), after our stop at Molo Church, we were too exhausted (and I'm getting too sunburnt) that we rode a cab back to Ong Bun. We spent around Php 80 for the cab ride.

1. Wear comfortable but decent clothes - This is a general rule, but I have to emphasize this. Remember that you're visiting churches and not going to a resort.
2. Bring sunglasses or umbrella - It was a hot day when we arrived at Iloilo. My back was sunburnt after our countryside trip since I left my sunglasses and umbrella at the pension house.
3. Prepare coins - DIY trips require you to do a lot of jeepneys, trike, or even padyak rides. Have the heart and prepare change to avoid the hassle.
4. Don't be afraid to ask for directions - When in doubt, ask. Repeat if necessary.
5. Bring water - Be a boy/girl scout. It wouldn't hurt.

Fares indicated in full amounts on this trip are for 4 persons.

More about our Iloilo-Guimaras-Bacolod trip in my future posts!