I was fortunate to be able to travel to several cities in the U.S. last year and see places that I haven't been to before. Since I wasn't able to travel anywhere this year due to the COVID-19 pandemic, I thought that sharing the places that I visited last year would be a good way to motivate myself that things will get better and hopefully get to revisit these places when things return to normal (or normal-ish).

New Orleans was the most memorable city that I visited last year. New Orleans, a city in the state of Louisiana, is known for its multicultural heritage, historical architecture, the Mardi Gras, and of course, their food! 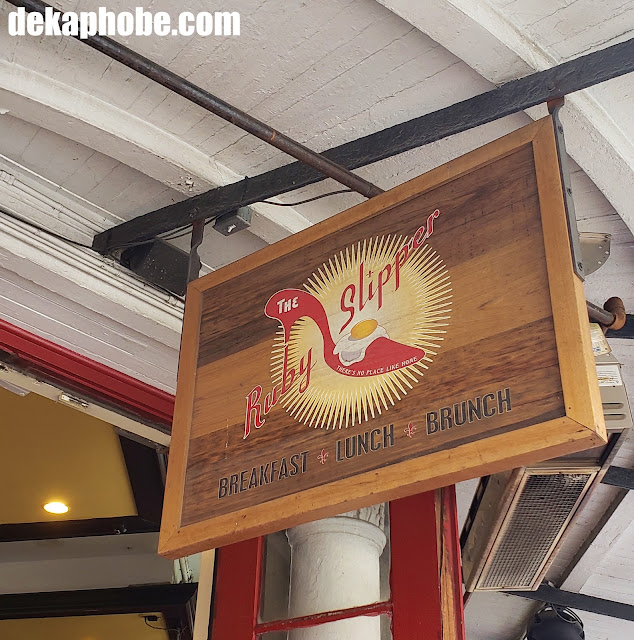 Like any serious foodie, I created a list of restaurants that I wanted to try during my visit. One of those places that my fellow travelers recommended is The Ruby Slipper Cafe.
The Ruby Slipper Cafe is a popular breakfast and brunch restaurant founded in New Orleans and currently has several locations within and outside the city. We went to the downtown location which does not have a reservation system but has a waiting list on Yelp.
While waiting for our table, the host asked if wanted to have some drinks, so we had their Award-Winning Bloody Mary ($10) and Big Easy Mimosa ($10). Unfortunately, I forgot to take photos of the drinks. I swear both drinks are really good, though.
After enjoying our brunch drinks outside, we finally got seated at the bar and was entertained watching the bartenders prepare multiple drinks at the same time. For brunch food, I ordered Eggs Cochon ($15) which is an eggs benedict dish with apple-braised pork debris instead of the traditional Canadian bacon while my date had Gulf Shrimp Omelet ($13), which is served with bacon, home fries, and a buttermilk biscuit. 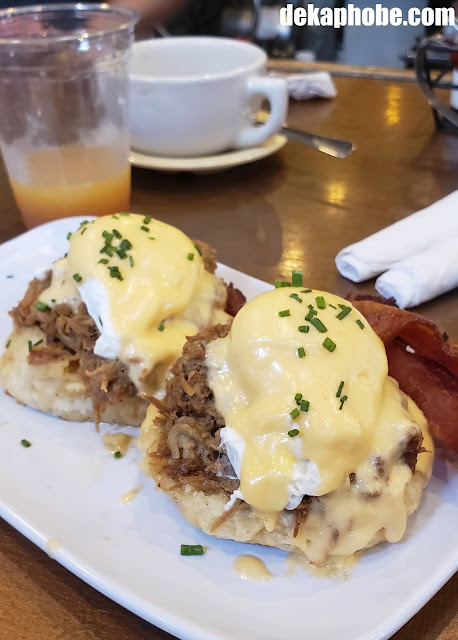 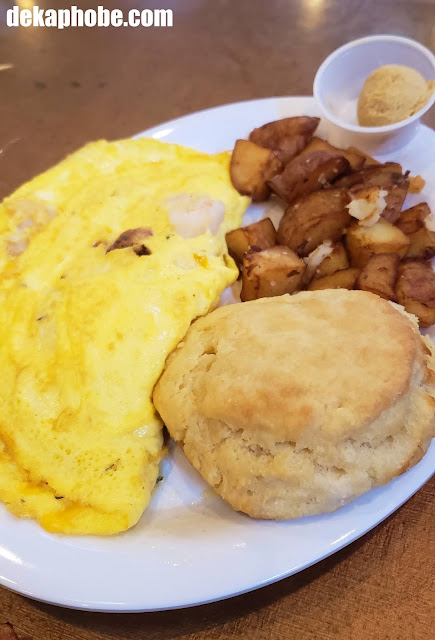 Gulf Shrimp Omelet
To be honest, I was initially overwhelmed with the menu options for eggs benedict - I was so used to just having one option for eggs benedict - Ruby Slipper Cafe has seven! Anyway, the Eggs Cochon was perfectly cooked, and the pork debris was quite tender and flavorful. My date really enjoyed the Gulf Shrimp Omelet which was generously filled with sweet-tasting shrimps (an indicator that the shrimps are fresh).
We also shared a serving of Bananas Foster Style Classic Brioche French Toast ($13), a New Orleans dessert that nobody should miss whether you're full or too full. 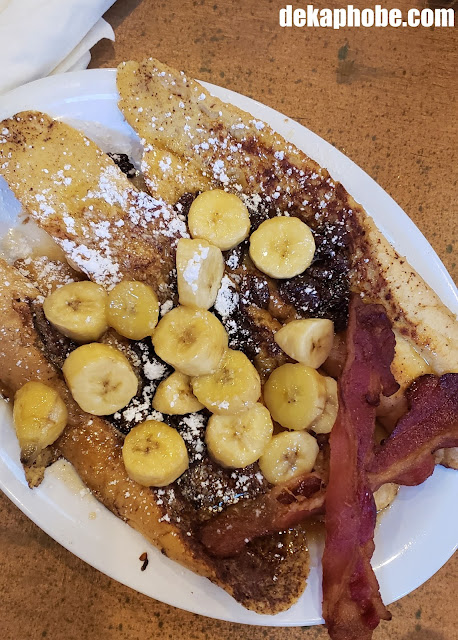 Bananas Foster Style Classic Brioche French Toast
This dish (also called Pain Perdu) is a meal by itself - a serving has three huge slices of French bread topped with flambeed bananas and served with bacon on the side. It is already perfect by itself but pouring a little amount of syrup definitely brings this dish to the next level.
And because we can't live without coffee, we had Creamy Vanilla Spiced Latte ($5) and Hot Coffee ($2.75). 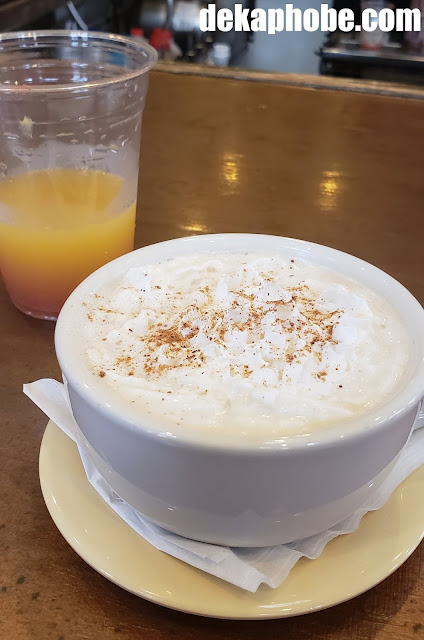 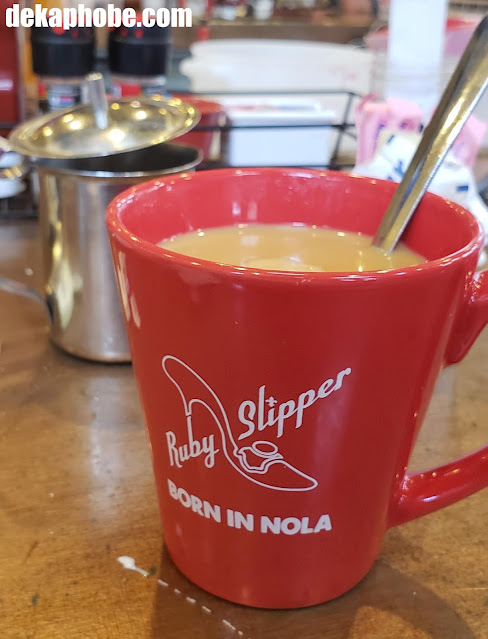 Hot Coffee
I love any coffee strongly flavored with vanilla but as I got older, I have come to appreciate coffee in its simplest form more - with a little bit of cream and sweetener.
I don't really enjoy waiting in line for food and would avoid waiting if I could, but having tried the food by The Ruby Slipper Cafe is definitely an exception to this rule. Everything we had was amazing - from the drinks to the food, the atmosphere is quite laid-back, and the service was excellent! I would love to visit this restaurant again when I travel to New Orleans hopefully soon.
---------------
The Ruby Slipper Cafe
200 Magazine St,
New Orleans, Louisiana 70130
https://www.therubyslippercafe.net/