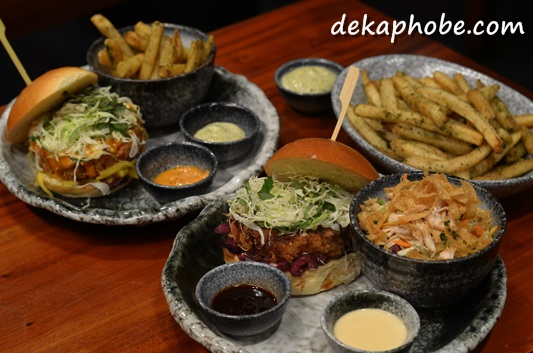 Yabu: The House of Katsu has revolutionized their katsu once again and has introduced the limited edition Katsu Burgers. 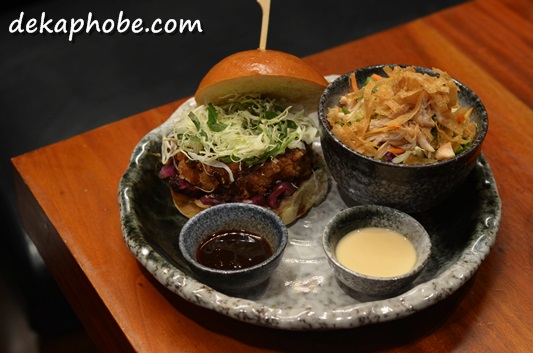 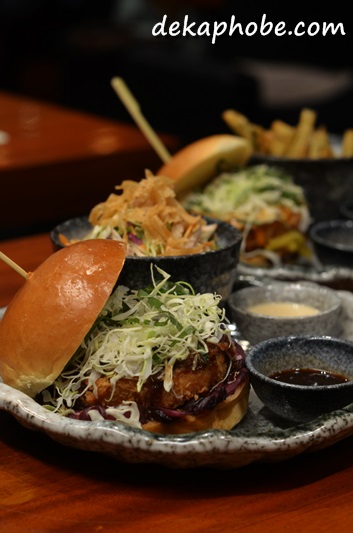 The Hire Katsu Burger has a thick and crunchy pork cutlet with shredded cabbage, shiso leaves, Japanese pickles, and tonkatsu sauce on a toasted brioche bun. 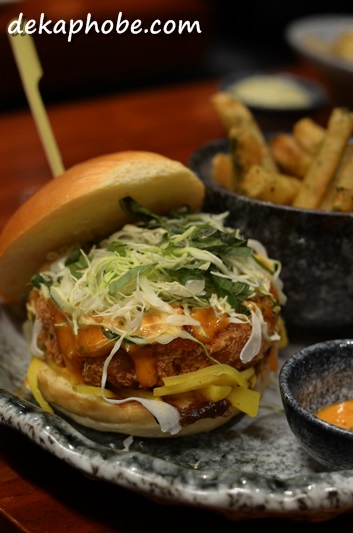 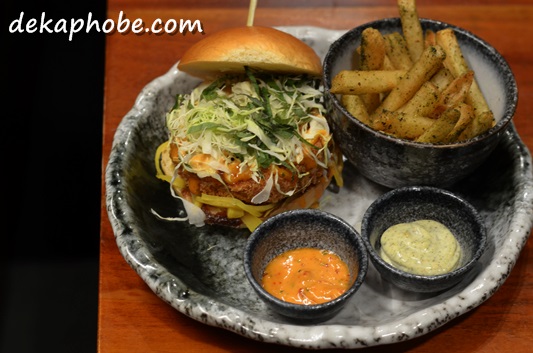 Both burgers come with your choice of Chicken Salad or Furikake French Fries on the side.

Another addition to the Yabu menu is the Furikake French Fries ala carte (Php 175), steak fries with Japanese seasonings.

I wish I could tell which katsu burger I like more, but this time I would say that I love the comforting flavor of Hire Katsu Burger as much as I love the fresh seafood taste of the Ebi Katsu Burger. Try both and let me know which you like more. :)

Thanks to Adrian Fortaleza and Candice Zialcita of Yabu for having us.