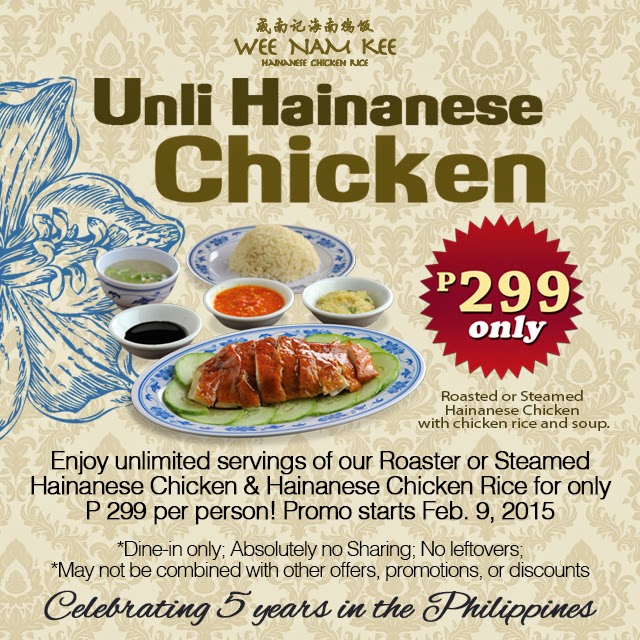 How time flies when you’re having fun!  Wee Nam Kee is now celebrating its’ 5th year of operations in the Philippines. And as a way to thank all you Singaporean cuisine fanatics, they are launching a Php 299 Unli Hainanese Chicken Promotion where you can enjoy unlimited helpings of Roast or Steamed Hainanese Chicken and Hainanese Chicken Rice for only Php 299 per person valid for dine-in transactions from February 9 to 13, 2015 only! (Other terms & conditions apply)

Wee Nam Kee continues to expand both domestically and internationally with more locations planned for Singapore, the Philippines, and beyond.