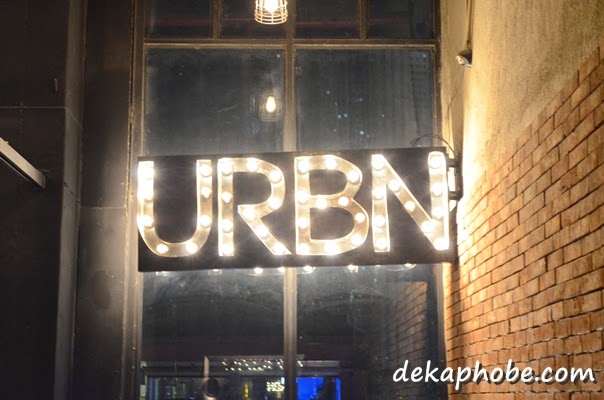 Not everyone knows that URBN has good food. For a place known for partying, URBN surpassed the ancient bar food standards and still strives to serve impressive dishes to its patrons.

My first visit to URBN a year ago easily became one of the most unforgettable food experiences I had. I'm still having dreams of that Dry Aged Rib Eye, mind you. That's why when they invited me again to try their new menu, I didn't have hesitations about revisiting them. 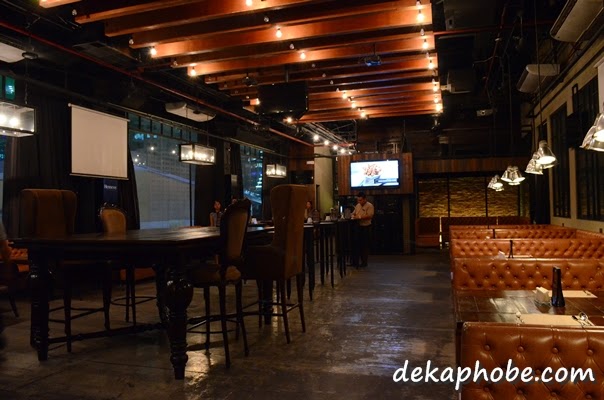 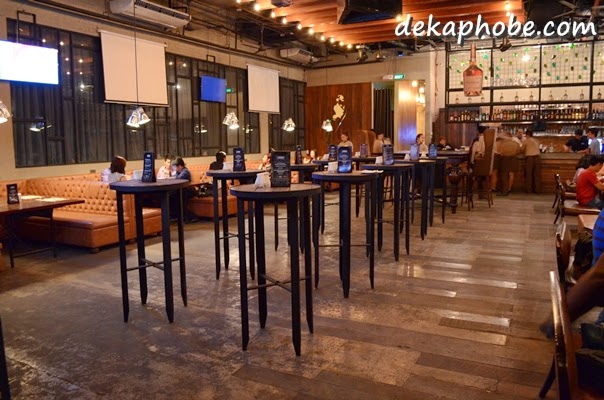 I was with a friend who has been to URBN many times before but hasn't been at an earlier time to see how classy the place looks like with lights on, and was greatly impressed with what he saw.


For appetizers, we had the Crisp White Cheese Salad (Php 285).

The salad has mixed mesclun, orange, pistachio, white cheese, and passion fruit vinaigrette. I love how the vinaigrette makes the salad a bit sweet but to overwhelm the whole salad.

Other appetizers we had are Bucket of Bacon and Ranch Dip (Php 275) and Bacon Crusted Chicken Tenders (Php 379).

URBN's new menu boasts of dishes with bacon which is made in-house. The Bucket of Bacon and Ranch Dip is bacon strips on top of homemade potato chips in a bucket served with ranch dip, an appetizer I couldn't stop myself from eating. Same goes with the Bacon Crusted Chicken Tenders on top of fries, the bacon added texture and sophistication to the very simple chicken tenders. Don't forget the egg salad dip. :)

Served with cheese bread, the Chunky Chili Con Carne wasn't as spicy as I expected, but it was explained to me that it was to accommodate people who don't like spicy food that much (myself included). The beef lover that I am, I drawn to the Slow Roast Beef, served with colcannon (a mashed potato of some sort) and deep-fried egg. The meat was very tender that my knife was almost useless.

The BBQ Chicken and Coriander Pizza is a bit on the sweet side because of the BBQ sauce, but it was balanced by the flavor from the coriander. The Smoked Salmon and White Cheese Pizza were generously topped with slices of salmon and white cheese that for someone who loves red meat, I loved it. Seriously, I couldn't choose which one is better because I loved both.

I was really excited to try URBN's Cheesecake, but our host has another lovely dessert in mind: the Bacon Brownie Smores (Php 255), which sounded like everything I want in a dessert.

The Bacon Brownie Smores has a gooey marshmallow and bacon sandwiched between two brownies with a scoop of vanilla ice cream on top. The contrast of the warm brownie and the ice cream creates an unexplained play in my mouth, made better by the combination of the sweetness of the marshmallow and the saltiness of the bacon. More than a lovely dessert, it is a feast for the senses.

To celebrate URBN's first anniversary, they are giving you 15% of your total food bill. Just follow the steps below: 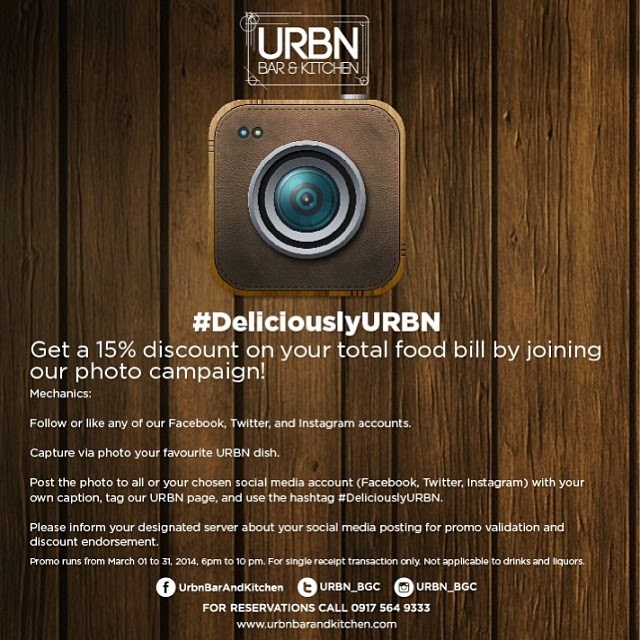 I was immensely impressed with how URBN improved their already awesome food. URBN proves that their place is not just for partying, but for great food as well. Kudos to the team of Chef Benjo Tuason for this. I will be dragging my friends here for dinner sometime. ;)

Thanks to Tricia, Yoko, and Rhey of URBN Bar & Kitchen for having us.