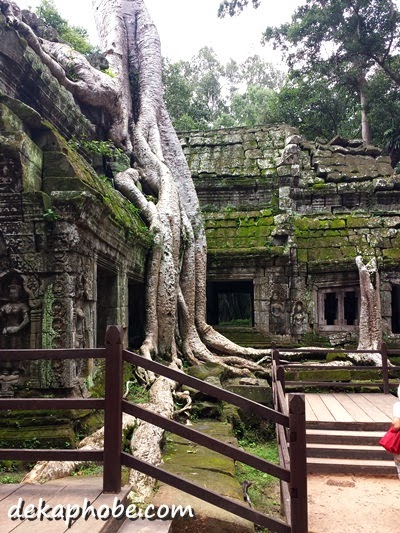 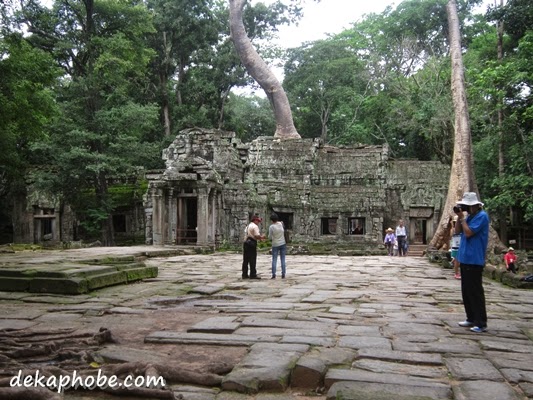 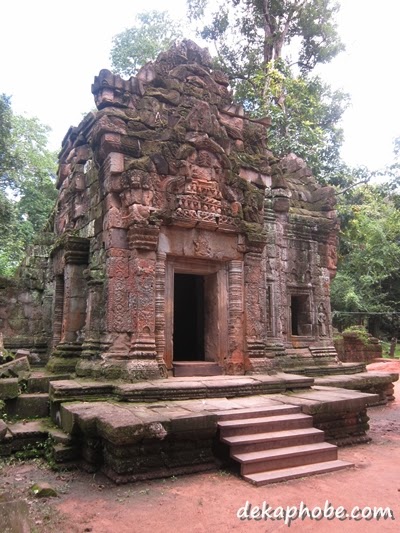 One of the most popular, and probably one of the most crowded temples is Ta Prohm or Jungle Temple. This place was used as location for the film "Tomb Raider", starred by Angelina Jolie. This temple was made more unique due to the huge trees that grew between the walls of the temple. Some parts of it was undergoing restoration when we visited, and it was way too crowded compared to the previous ones we visited.

Before lunch, we were supposed to visit Takeo, but it was having a major reconstruction (and we were already hungry), so we just asked Kim Rieng to take us to a restaurant nearby for lunch.

For lunch, we went to Ta Prohm Khmer Food, which is near Ta Prohm. 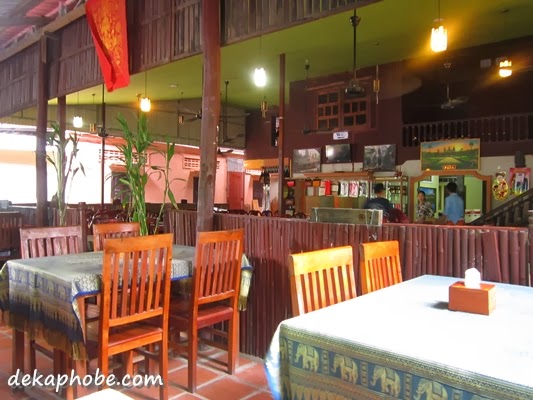 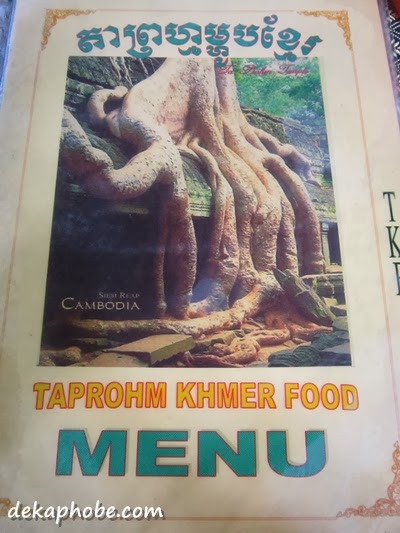 Unlike most restaurants in the Siem Reap proper, this resto doesn't have wifi, but the place has clean restrooms for the tourists.

My friend and I preferred the Khmer Style Morning Glory with Beef over the Khmer Lok Lak, which is quite westernized with fries and egg. The servings for both dishes are very generous that we felt we have gained whatever weight we lost walking around the temples.

After lunch, we proceeded to Angkor Thom, which used to be the capital city of the Khmer Empire. The gates of Angkor Thom were majestic enough, that I could just imagine how beautiful it was centuries ago. 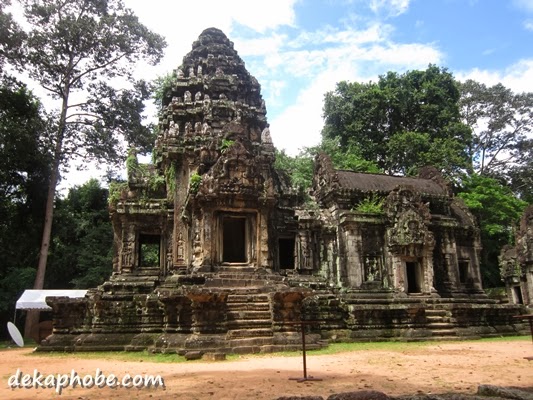 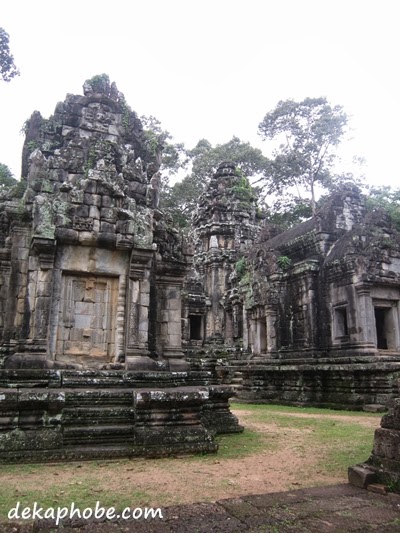 Our first stop inside Angkor Thom. Our stay was somehow cut short because it started raining. Good thing our tuktuk driver has umbrellas. We skipped Baphuon, which is just across this temple. 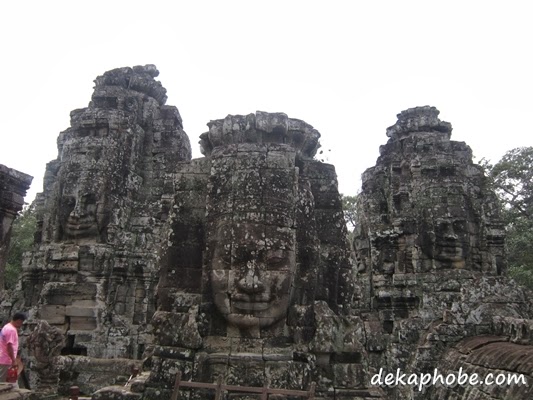 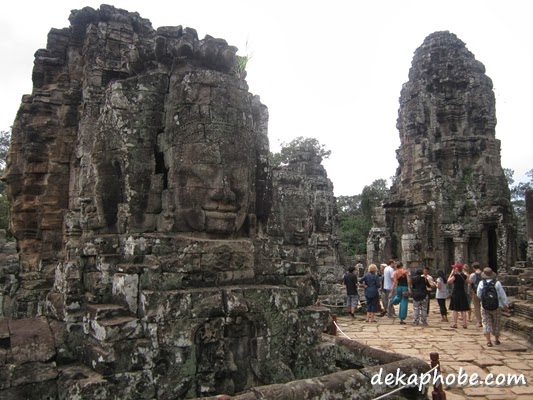 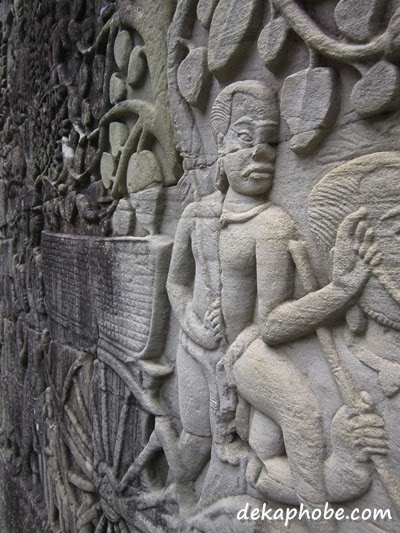 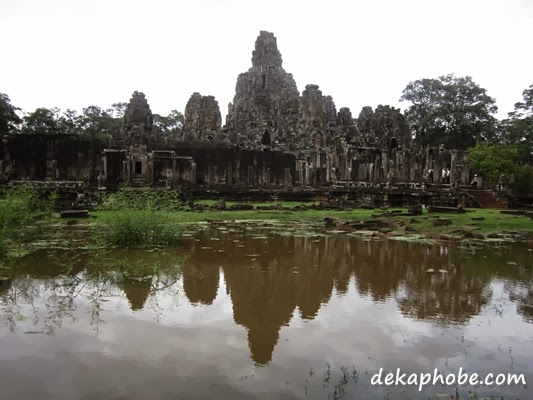 Located at the center of Angkor Thom is Bayon, which is known for its stone faces. We even had pictures taken as if kissing one stone face. This temple is pretty huge that we can barely walk to the Terrace of the Elephants, which is nearby.

7. Terrace of the Elephants 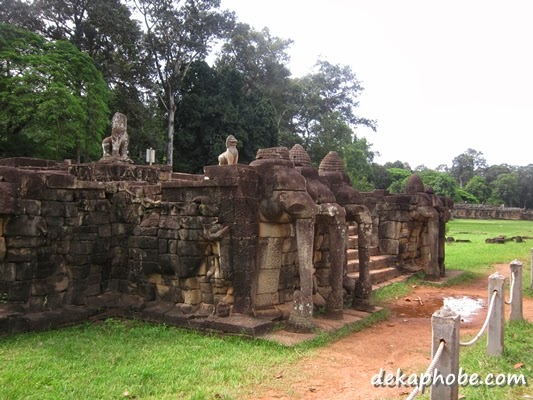 Since we were really sweaty and tired, we didn't enter the complex. Another spot, the Terrace of the Leper King, is just beside it.

It was a really humid day (given that it was rainy season) that Kim Rieng suggested that we go back to the hotel to freshen up and he'll just pick us up again before sunset for our last stop for the day. 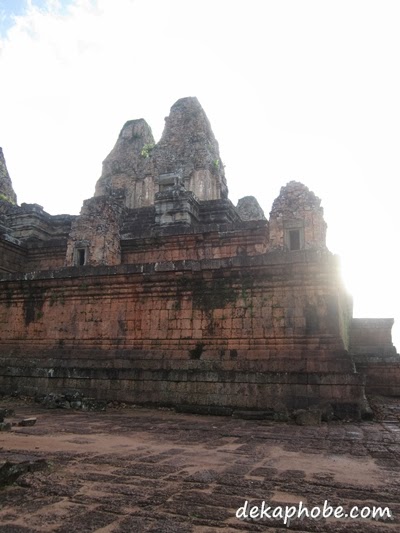 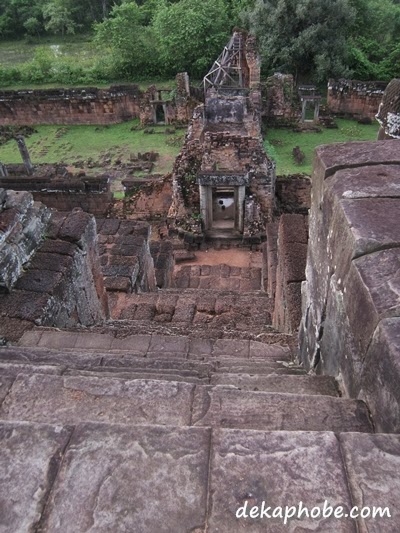 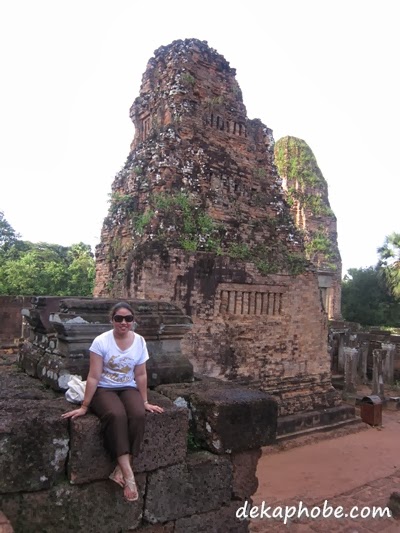 Pre Rup was believed to be the crematory for their royal king and queen during the ancient times. The temple is mostly made out of red bricks. This is our favorite stop because it was not too crowded and quite spacious. However, it started raining again as we were waiting for the sunset. Oh well...