I have been reading lots of positive reviews from people who have been to The Farm at San Benito, that I'd love to bring my mom to this place soon.

Opened in 2002, The Farm at San Benito is still the only resort destination in the country that offers comprehensive programs addressing diabetes, obesity, hypertension and cancer care, in a natural and holistical way. The Farm also offers detoxification cleansing retreats and raw living food cuisine. The Farm has won 26 prestigious international awards, including "Best Medical Wellness Resort in the World" from SENSES Germany.

Here are some of the award-winning nourishing recipes from their Alive! restaurant, which you can also do at home. :) 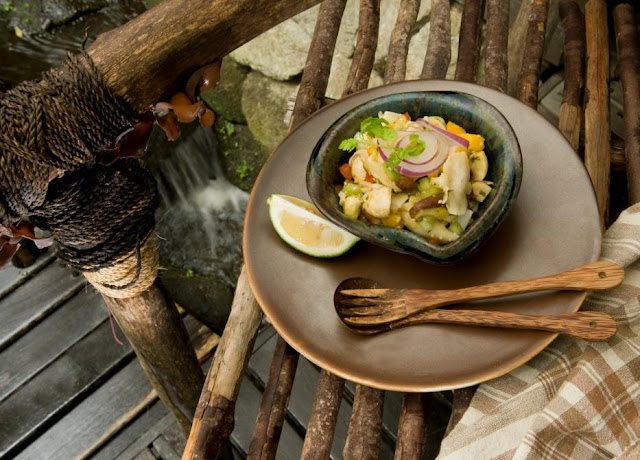 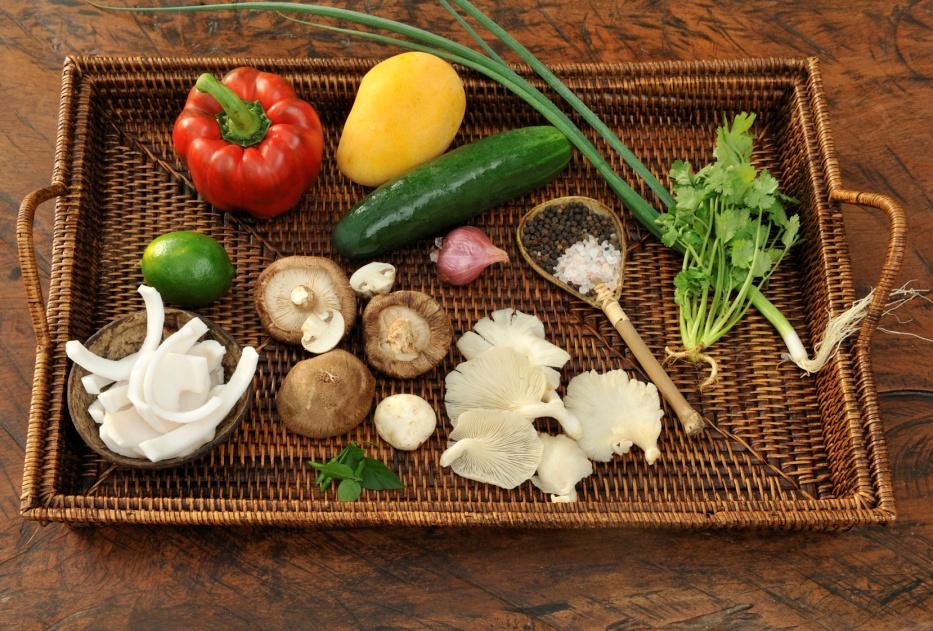 Dating back to Inca times, ceviche is a very popular South American dish, where raw fish is marinated in acidic lime juice, salt and chile peppers, then served without being cooked. The Farm’s recipe replaces the fish with an assortment of mushrooms, but the light, refreshing flavor, with a hint of chile, is the same. 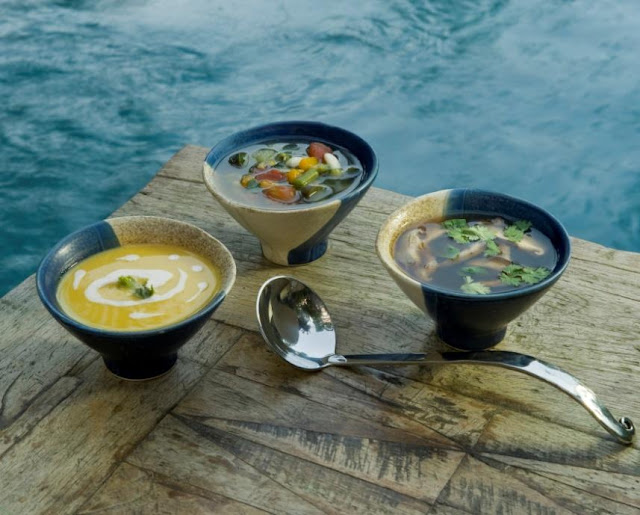 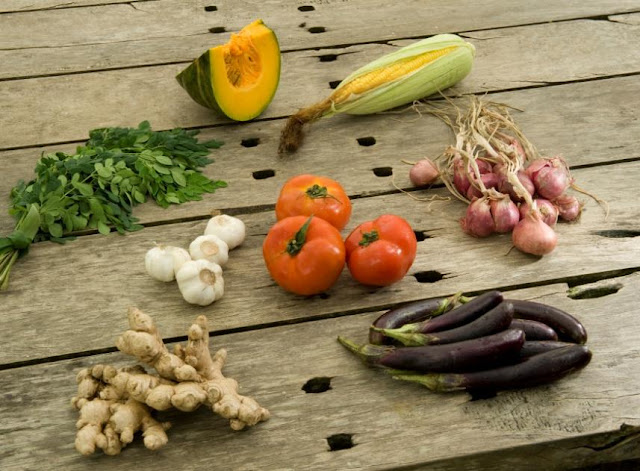 This is a typical Batangas recipe that takes ingredients straight from the vegetable garden into the pot. One hundred percent natural, with all of Nature’s goodness, it has nurtured local people for centuries. Key to the dish is the garnish of moringa leaf: known as malunggay in the Philippines, it is considered a miracle tree, as all parts of the tree can be utilized. Gram for gram, moringa leaves contain SEVEN times the vitamin C in oranges, FOUR times the calcium in milk, FOUR times the Vitamin A in carrots, TWO times the protein in milk, and THREE times the potassium in bananas. How cool is that? 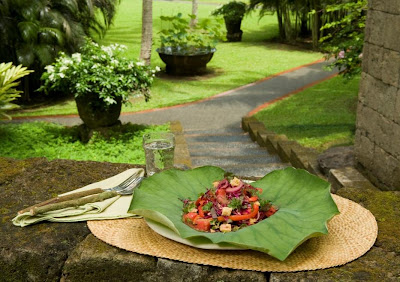 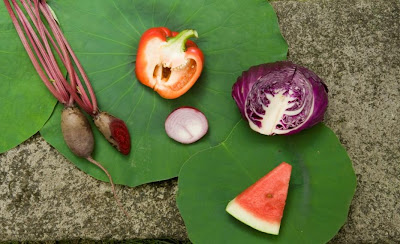 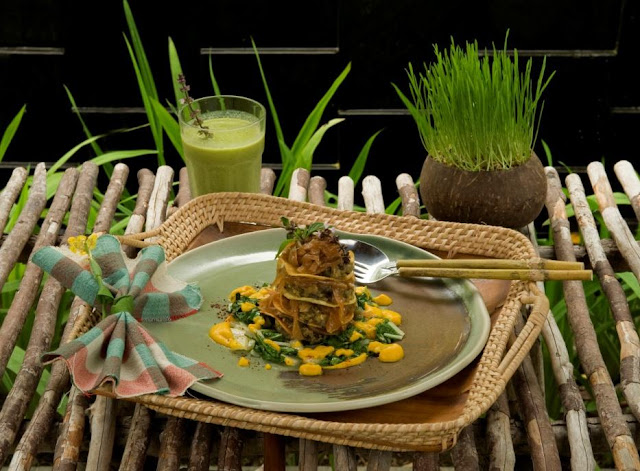 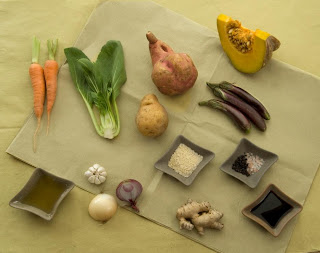 A beautifully layered tower of a dish, this recipe contains a host of textures and flavors. Crunchy potato contrasts with creamy caramelized onions, while the eggplant is full-bodied and slightly Japanese-like in flavor.

For stir fried greens with sesame 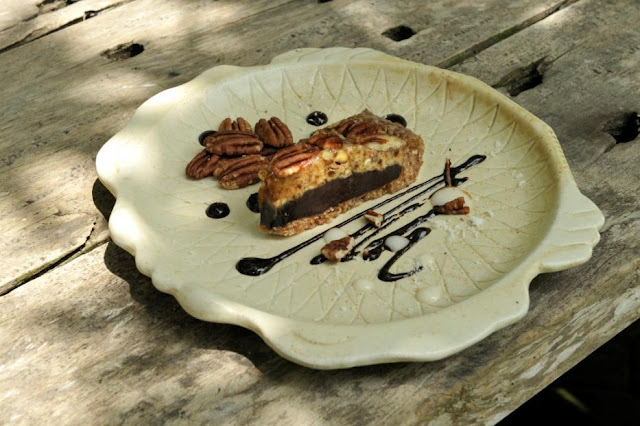 It’s said that the French invented chocolate pecan pie soon after they settled in New Orleans, after being introduced to the nut by native Americans. Be that as it may, it has transferred seamlessly from the southern USA to the Philippines to be reinvented by The Farm. The version here uses dehydrated nuts (to retain their essential enzymes) and there’s a little coconut for that extra snatch of flavor.

Ingredients
Method to 2 recipes above

Hydration is an important element in every guest’s schedule at The Farm; whether it is water, fresh buko juice, a wheatgrass shot or some of the recipes on these pages and overleaf, The Farm constantly stresses to guests to keep their hydration levels up. These recipes rely on fresh, organic fruits and vegetables harvested from The Farm’s garden — sweet, natural and tasty. The high-fiber detox drinks are useful for those undergoing colon hydrotherapy, or for anybody who wants a cleansing fix. 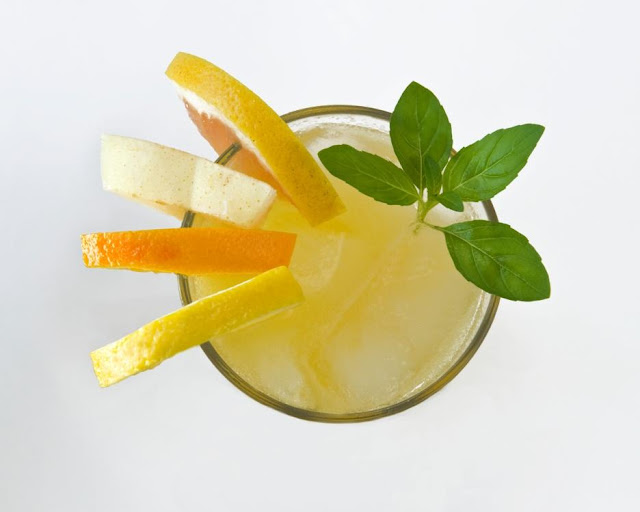