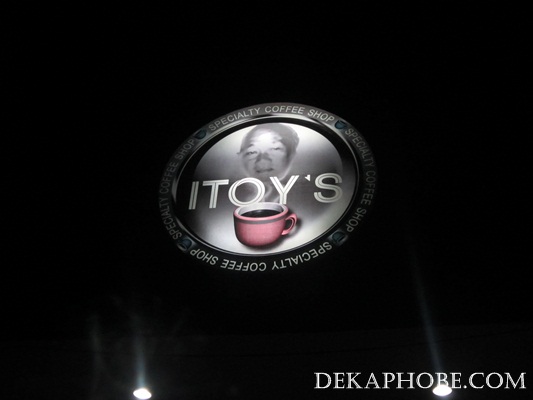 After our dinner at Skybox, my friends and I went to Itoy's Coffee Haus for a nightcap. It was mentioned by our guide during the city tour that Itoy's is one of the most popular coffee shops in the city. 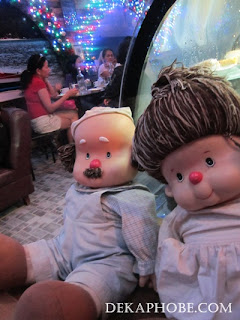 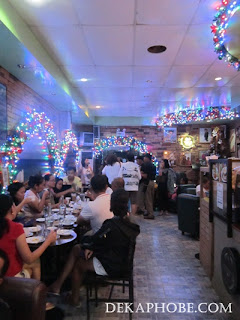 Itoy's is a cozy cafe located at the near the Palawan Provincial Capitol. The coffee shop both has alfresco & indoor areas and even has free wi-fi. The place was really crowded compared to the resto where we had dinner. Unlike other coffee shops, most customers here come in huge groups.

We weren't in the mood to have desserts so we had drinks here instead.


Their names for the frappes are kinda interesting, my friend found it good enough for its price. However, the mango shake looks too watered down.

For hot drinks, my friend ordered a mug of Chamomile Tea Latte (Php 95) while I had Ricean Coffee (Php 45).

So what's Ricean Coffee? It's simply rice coffee. It doesn't contain coffee so it doesn't have caffeine, but it was amazing how it tastes like coffee with a hint of aroma of cooked rice. I miss my caffeine but the Ricean Coffee isn't a bad choice.

I just saw packs of rice coffee at the grocery so you might want to try it if you're trying to lessen your caffeine intake.

I noticed that Itoy's Coffee Haus also serves regular meals. If I had known that before, we should have had dinner here instead.

The ambiance was relaxing and the prices are reasonable. However, an overhaul for the logo will be nice. :)