The Sound of Music: Filipino Talent at its Finest 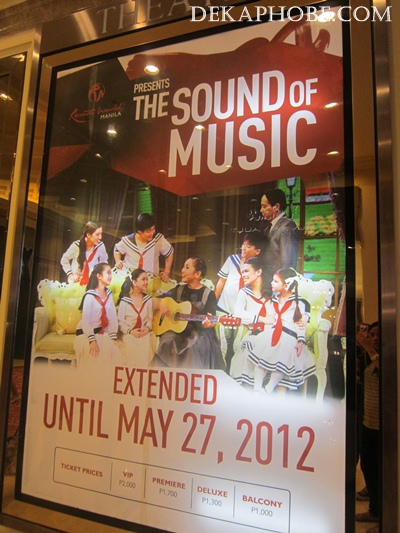 I've always been a fan of Sound of Music. Though I don't usually have the patience to sit down and watch any three-hour movie, I'd patiently sit down and play the VCD (the Julie Andrews film) at home and I would always feel happier after watching the film.

I got so giddy when I found out about the Filipino production of The Sound of Music, and even giddier when it was extended. The venue of the musical is at Newport Performing Arts Theatre at Resorts World Manila, Pasay City. 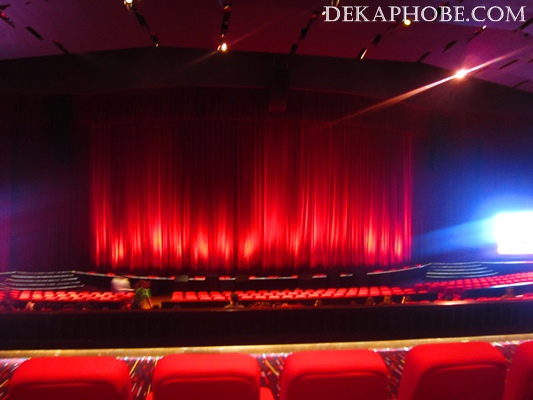 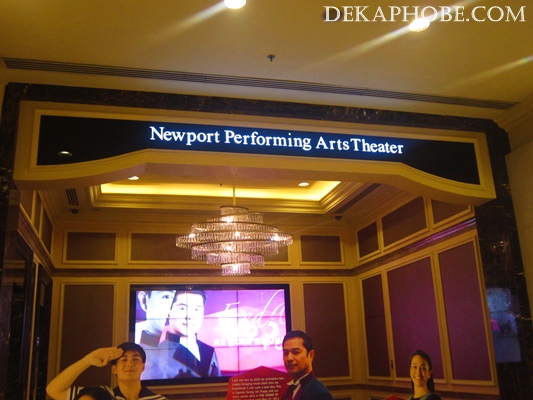 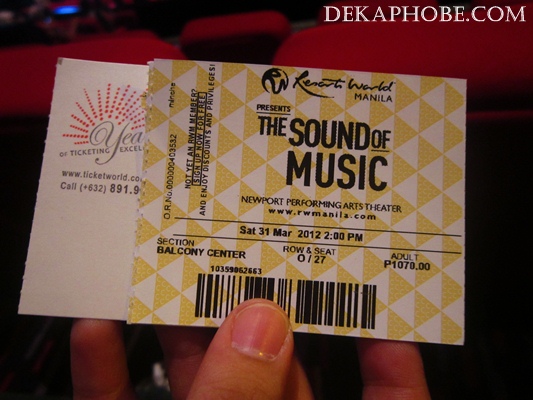 Thank goodness my very good friend Rhoda got the tickets, I finally got the chance to watch the longest-running Filipino production of a big-scale Broadway musical. Online ticket prices are Php 2140, Php 1819, Php 1391, and Php 1070. We got the cheapest one, but we had good seats anyway. 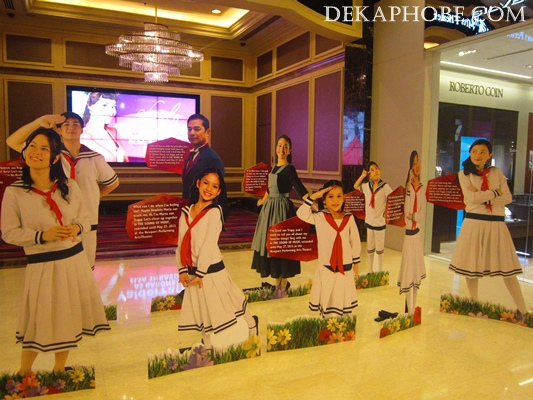 Joanna Ampil played the role of Maria while Ariel Rivera played Captain Von Trapp. Other cast members include Leo Martinez as Max Detweiler, Pinky Amador as Baroness Elsa Schraeder, and Pinky Marquez as Mother Abbess. The musical score is by no other than the Manila Philharmonic Orchestra.

I was holding my jaw the whole time, but it kept dropping every time. Every performance is great, maybe great is an understatement. But really, the trek to Resorts World and the ticket price is worth it. Given the chance (and the budget), I'd watch it again.

Catch the musical until May 27, 2012. You can buy tickets online at ticketworld.com.ph