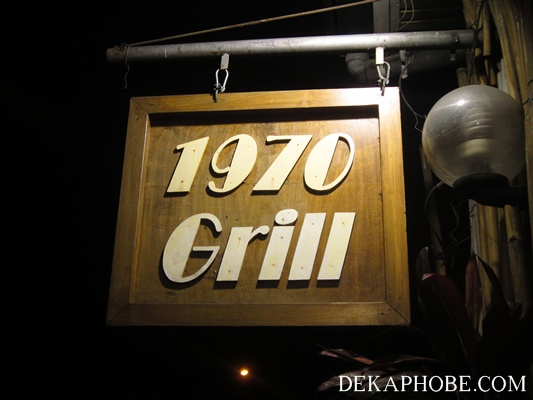 I met up with one of my closest friends since high school. We agreed to meet up in the Tomas Morato area. Since I wasn't familiar with the area, I was excited to do a food trip in the area. After walking for quite a long time, this particular restaurant caught my attention: 1970 Grill, which I initially thought was an ordinary cafe. But it was a Korean yakiniku restaurant. :)

I haven't really been to a Korean restaurant (Sambokojin is considered Japanese-Korean). I was quite uncertain about the food since I have a low tolerance for spicy food. Anyhoo, I have to give this a try. 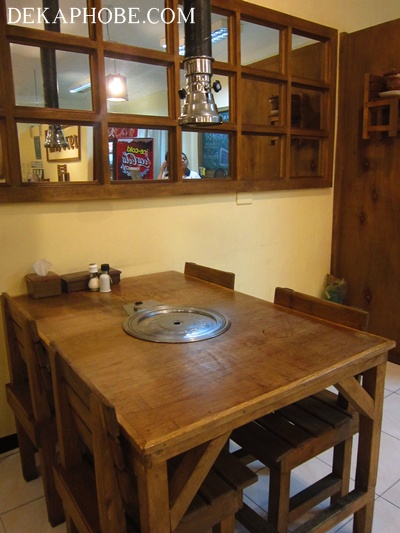 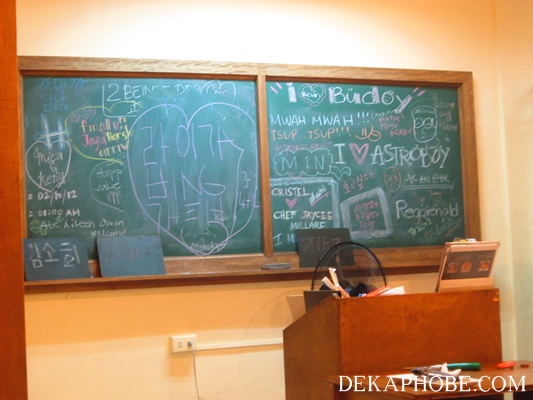 The ambiance of 1970 Grill is quite simple, everything seems to be in wood (including the displays). The chalkboard located at the farthest end of the resto made it look like a classroom. K-pop music plays in the background. Most of the customers in the resto are Korean, which is a good sign that we were in the right place. 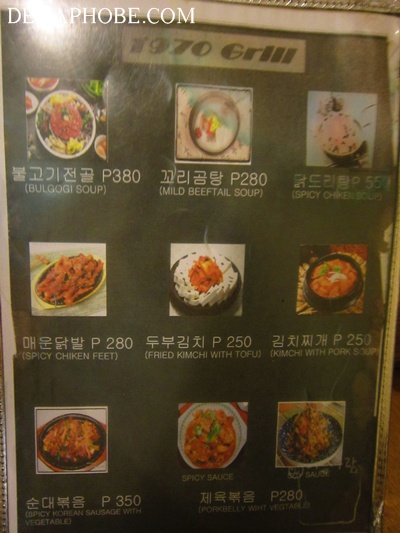 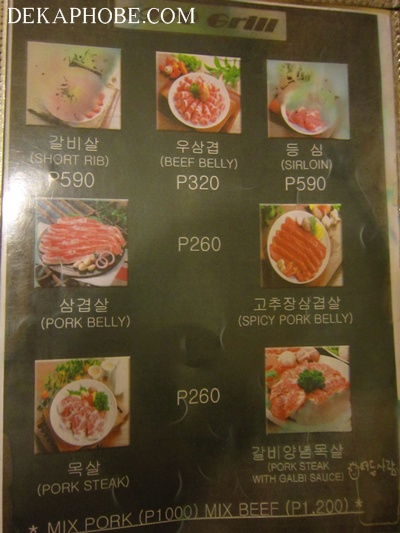 
We were given complimentary appetizers: coleslaw, pickled onions, kimchi and steamed scrambled eggs. The kimchi's spicy as I expected, so I ate coleslaw and the eggs instead. We were also given Korean miso soup (but I wasn't able to take a picture of it), which is salty and spicy at the same time.

Since my friend had been to the place before, I let her order for us. She ordered Mix Beef for Yakiniku (Php 1200), which has a beef belly, sirloin and short rib served with tofu, sweet potato, and other vegetables. 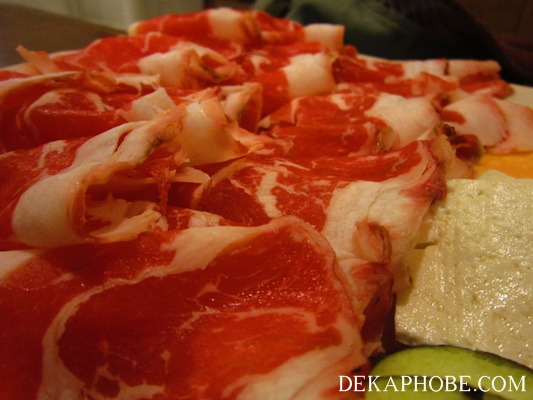 The server did setup the portable stove with the grill at our table and willingly cut the beef slab served to us. 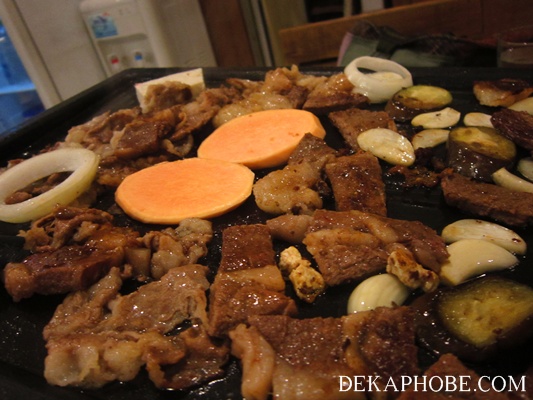 We were also given lettuce to wrap the beef with. I was told that we could ask for additional lettuce in case we run out. 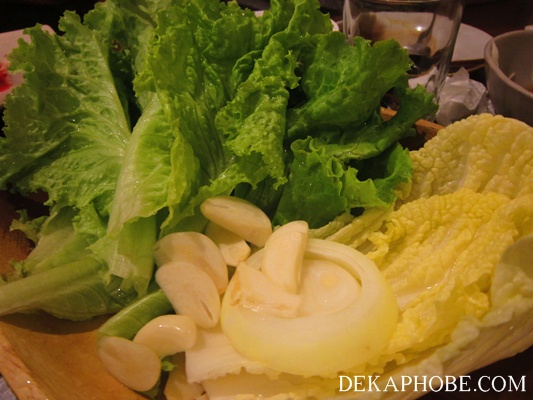 I liked that the place was not too crowded. The staff was accommodating (the server was nice enough to check whether our beef was already cooked). Our order (Mix Beef) was already good for 3-4 people (or a bit more than enough for 2 hungry girls). 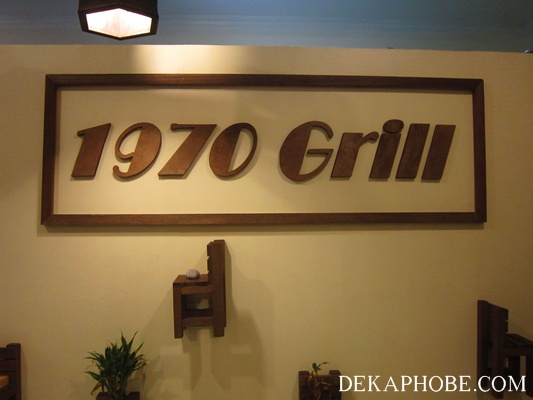