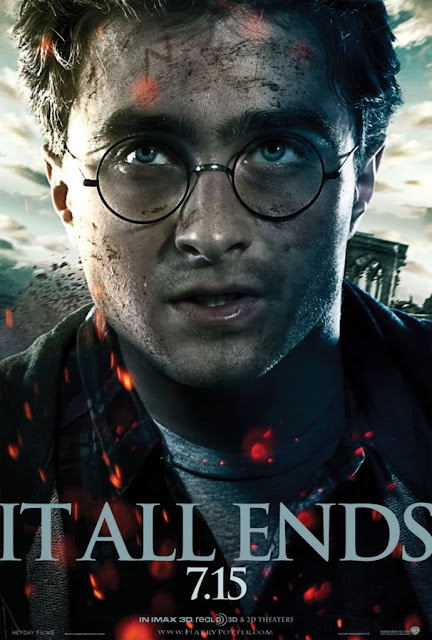 The orphan boy with extraordinary bravery has finally defeated the evil wizard.

I got to watch the final Potter movie last Saturday. (As I was writing this, I found out that last Saturday was Daniel Radclifffe's birthday.)

Since it was a weekend, the theaters were almost full, so we had to watch in 3D so that we wouldn't have to wait for a long time.

The whole movie was amazing! It was gloom and doom I expected. However, Severus Snape (Alan Rickman) stole the scene. Of course, there are scenes I expected to be there but weren't there. Voldemort (Ralph Fiennes) is the best! He's the best villain of all time, in my opinion.

The best scene for me is when Professor McGonagall (Maggie Smith) casted a spell to protect Hogwarts from the evil forces. Then went giddy and said "I've always wanted to use that spell!"

Let me clarify that I'm not a Harry Potter uber-fan. I actually missed 2 movies, however, I read all the HP books. :)

What was the epilogue about? Aside from telling that Hermione and Ron ended up together like Harry and Ginny, the whole series tells us that in the end, the greatest magic is love.

And I sat in the cinema with 3D glasses on, my mouth is hanging open as I watch the boy I grew up with say goodbye.