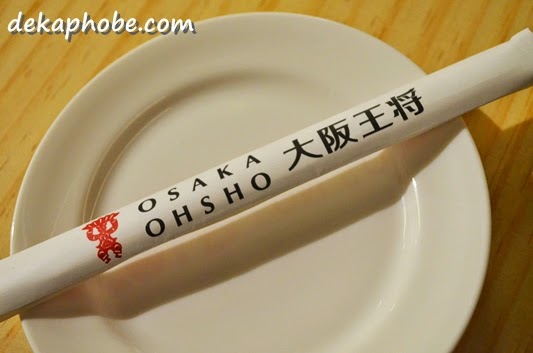 A few weeks after I first had a taste of Osaka Ohsho, I went to lunch with my workmates to try this gyoza resto again. 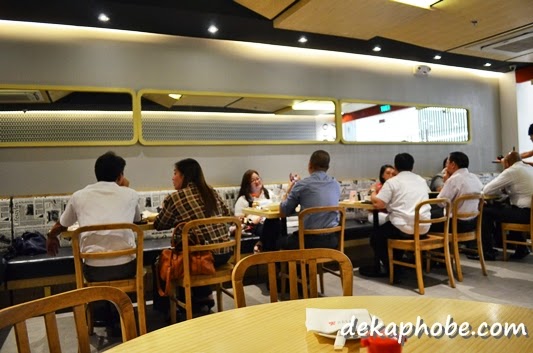 It was a jam-packed day that we had to wait at least half an hour to get a table. Not bad since they had chairs for us while we wait. 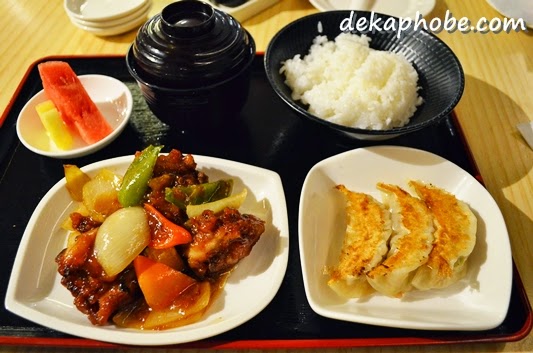 I really love the sweet and sour Black Vinegar Chicken that it's not surprising that it's one of their bestselling dishes. The Pork Cutlet in Miso Sauce is delicious as well.

The Gyoza Set has 12 pcs of regular gyoza while the Karaage Set has a serving of Chicken Karaage Toji. These sets may look too small for 2 people, but the Fuwatoro Tenshin Han was almost enough to make us full.

The service wasn't as pleasant as I expected, as the staff was kinda panicky with the number of guests arriving, but it was understandable since they have just opened a few months ago. I do hope the service will be better when I go back.