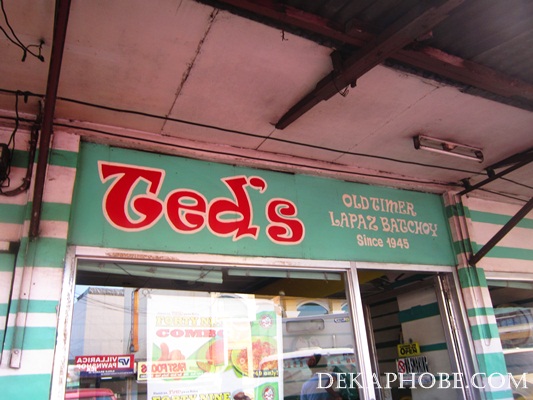 We arrived early morning in Iloilo and we were starving. So before we headed out for our countryside tour, we went to La Paz Market. Two popular batchoy restaurants in Iloilo are Ted's and Deco's. There are lots of branches of the said restos near Ong Bun but it was too early that the ones in La Paz Market are already open.

La Paz Batchoy is a noodle soup with pancit miki, pork innards, pork liver, pork slices on hot broth topped with fried garlic, and chicharon. Though the inventor of this dish is still a mystery, we can only be sure that this dish originated in La Paz, Iloilo City. 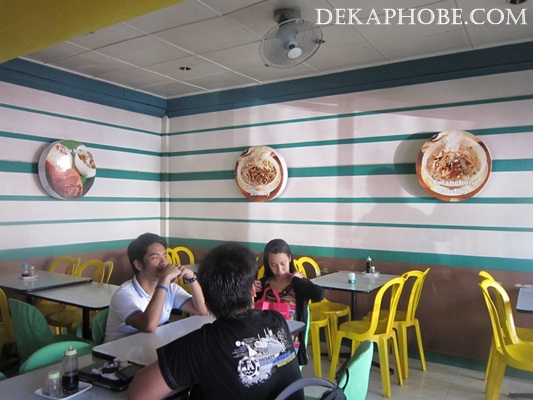 Ted's in La Paz Market is a no-frills eatery with monobloc chairs and electric fans for ventilation. The resto was founded by Ted Lepura in 1945 at the La Paz Market. Ted's Old Timer La Paz Batchoy now has branches around the country, including Metro Manila.

They now have other variations from the original version like miswa, sotanghon, and bihon, but we tried the miki. Some of my friends and I had Special Meke (Php 60) while a friend had Extra Super Meke (Php 68). 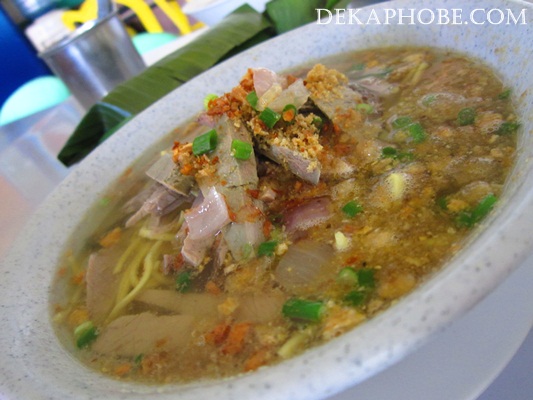 The puto is a simple rice, sugar and milk that balances the flavor from the batchoy.

You can always ask for extra fried garlic and chicharon for your batchoy. :)


When we went back to Manila, I had a sudden craving for La Paz Batchoy that I was ready to buy the first batchoy I could see. And I found a Ted's Old Timer La Paz Batchoy at the SM Megamall Foodcourt! I swear I almost cried. I had the same Special Meke for Php 86, and it's as good as the one I had in Iloilo.

Ted's also have lots of branches around the metro and Deco only has the Alphagate location here in Manila. I couldn't compare both yet since I haven't tried Deco's, but I'll definitely try it too.