Of bikes, nature and love: Lakbay2Love

I was invited to the media preview of the latest romantic, coming-of-age movie by Erasto Films, "Lakbay2Love", starring Dennis Trillo, Solenn Heussaff and Kit Thompson. 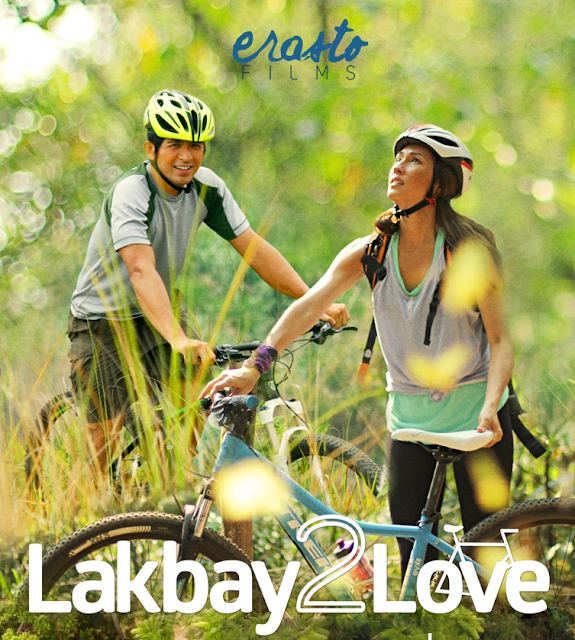 Dennis plays a forester and biker named Jay-R while Solenn plays a videographer named Lianne who is making a feature about biking and climate change. Having recently broke up with her longtime boyfriend Mack (Kit Thompson), Lianne asked for Jay-R's help in exploring the beauty of nature through biking and developed a special friendship with him. However, Macky is Jay-R's longtime friend and things turn awkward as Macky tries to get back in Lianne's life.

More than the love story, Lakbay2Love promotes environmental awareness and using bikes as an eco-friendlier mode of transportation around the city.

The director of the movie, Director Ellen Marfil shared that it took them almost a year to complete the film due to the hectic schedules of the actors and the weather changes while filming the outdoor scenes. Direk Ellen Marfil is also directed the films, "Pusang Gala" and "Boses", both award-winning movies both here and abroad.


A hard-core biker in real life, Dennis Trillo seemed like he wasn't acting while doing the biking scenes and roaming on the mountains. Also known to be athletic, Solenn seemed to be at ease outdoors as well.

With the technology and demands of our daily life, it is difficult for us to slow down and appreciate our surroundings. Lakbay2Love shows that you need not go far to appreciate nature.

I appreciated the movie's message about the environment and biking. I do believe that if Metro Manila will become biker-friendlier, more people will be encouraged to ride bikes and ditch commuting. Not only will it save time, but it will also save money and also help the environment.

The whole movie is refreshing, with none of those heavily dramatic scenes, added with beautiful shots from the different parts of the Philippines.

Listen to the movie OST, including "Overdrive" by Dennis and Solenn, "Kilig" by Solenn, and "Liwanag" by Kai Honasan.

Watch the journey of Lianne, Jay-R and Macky on February 3 in major cinemas nationwide.

For more info, check out http://www.lakbay2love.com.ph or their Facebook Page