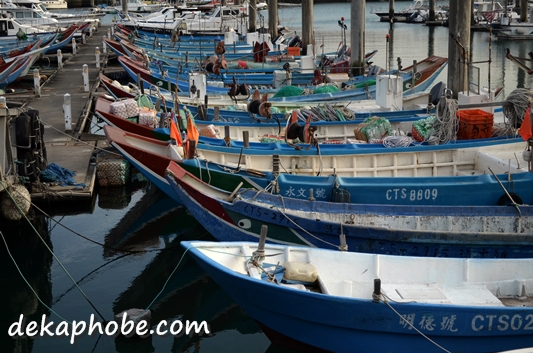 Our third day in Taipei is our busiest in our entire stay in Taiwan. Since we relaxed a bit the previous day, we  decided to resume our walk fest that day. 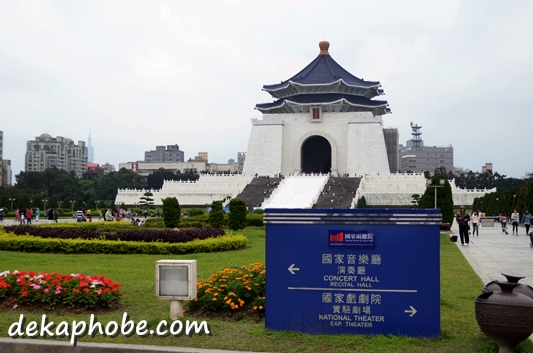 The CKS Memorial Hall is flanked by the Concert Hall and the National Theater. 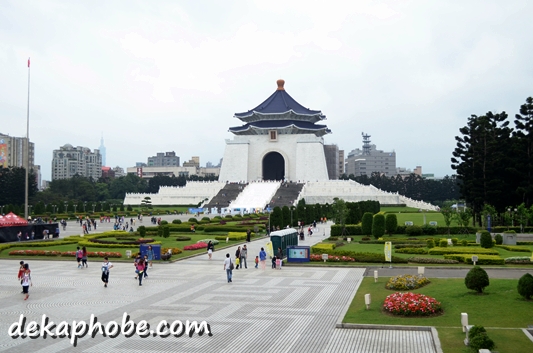 From the MRT station, we had to walk a few meters to the CKS Memorial Hall. As I have mentioned in my previously, Taipei is colder than Manila so walking outside wasn't a problem. 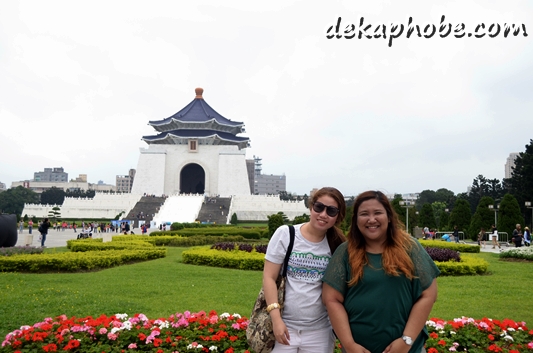 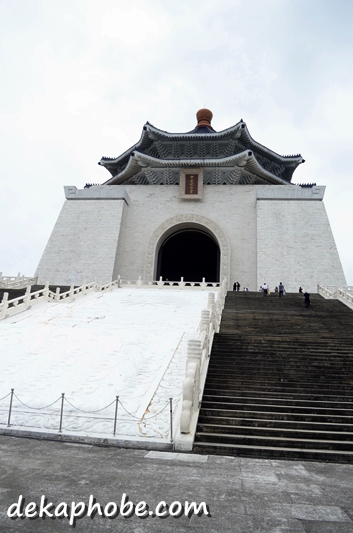 There are 89 steps to the main entrance. The steps symbolizes Chiang Kai-Shek's age when he died. Watch the Changing of Guard Exhibition which happens every hour. 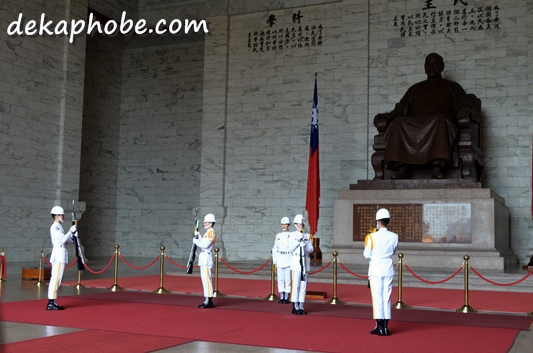 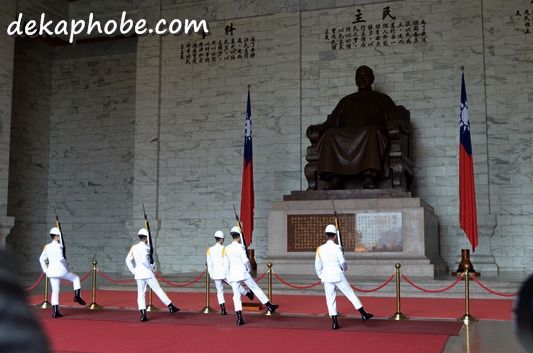 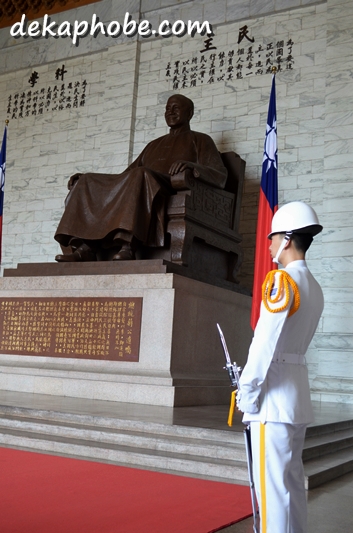 After our short visit to CKS Memorial Hall, we headed north to the hot springs district, Xin Beitou. To reach Xin Beitou (or New Beitou), ride the MRT red line to Beitou station, then transfer to MRT pink line to Xinbeitou station. 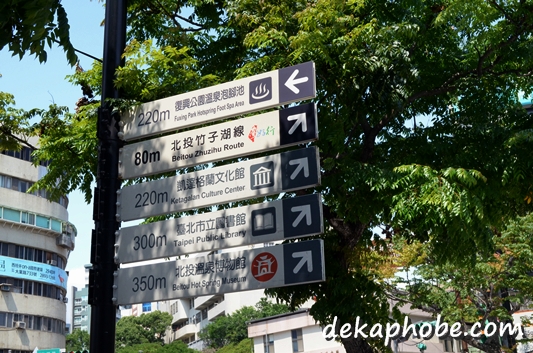 Going around Xinbeitou is quite easy with the street signs all over the place.

First stop is the Ketagalan Culture Center. It is dedicated to the aboriginal groups in Taiwan. 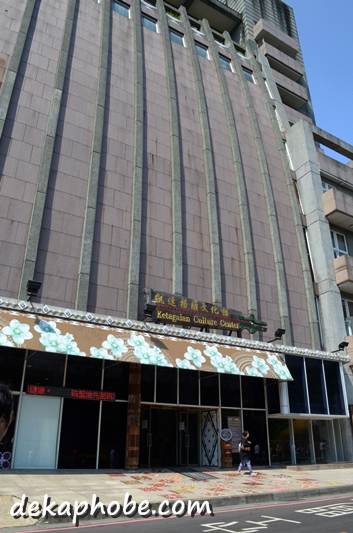 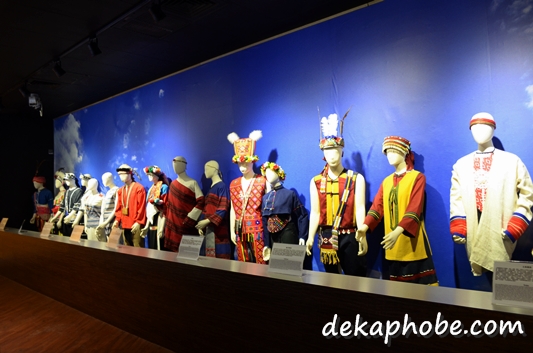 Next stop is the Beitou Hot Spring Museum. 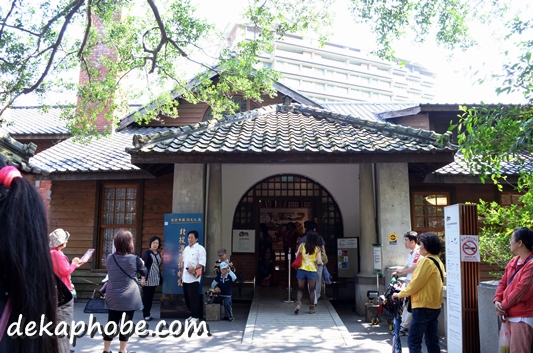 The museum used to be the Beitou Public Bathhouse, considered the largest bathhouse in East Asia during the early 1900's. 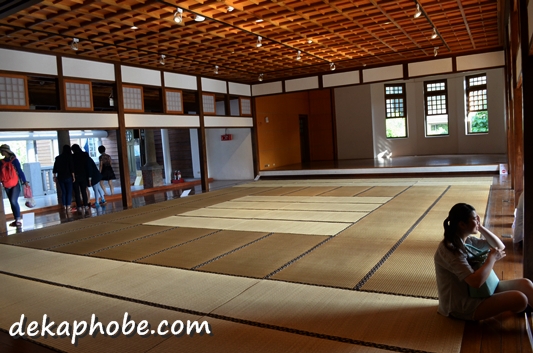 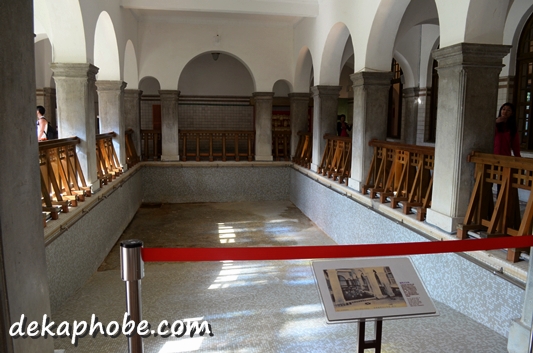 Admission is free but you should place your shoes in the locker and wear the slippers provided for the guests.

The final stop in Xin Beitou is the Beitou Thermal Valley or the Hell Valley. 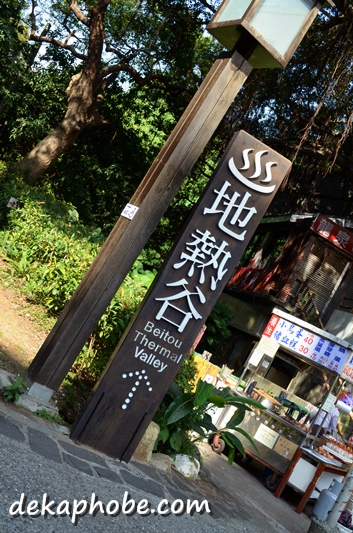 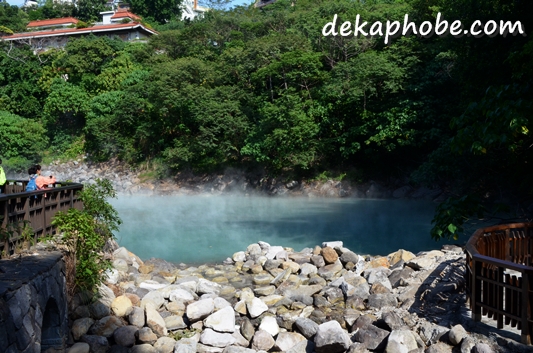 This geothermal valley is one of the district's sources for the hot spring. The place smells strongly of sulfur so you need to be careful if you're sensitive to strong odors. Beitou Thermal Valley is open everyday except Mondays.

We had our late lunch in one of the food stalls outside Beitou Thermal Valley. I had Beef Noodles (NT$100 or Php 145) and freshly-squeezed orange juice (NT$35 or Php 50). 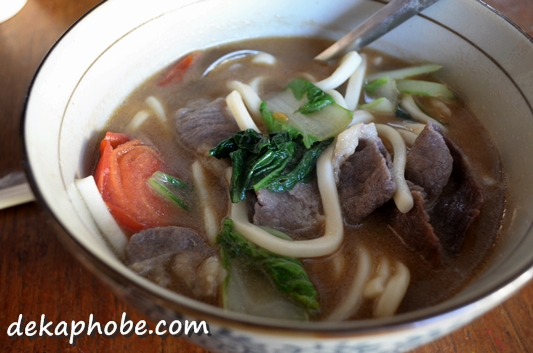 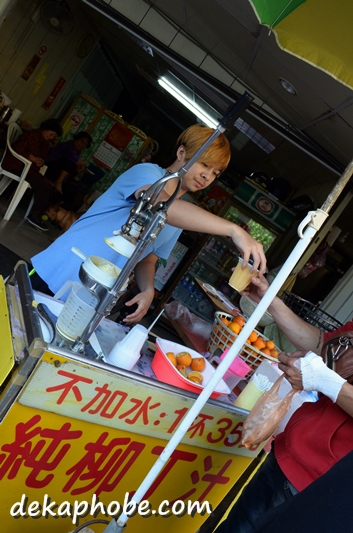 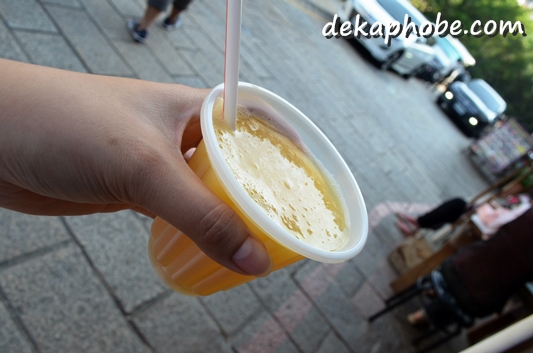 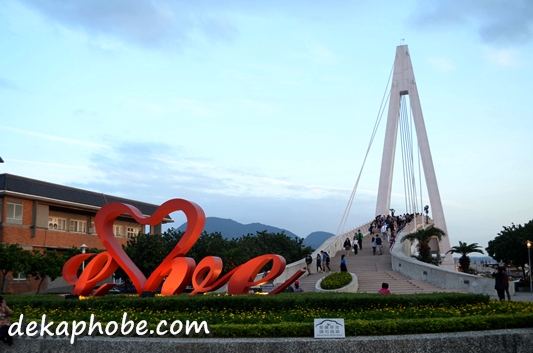 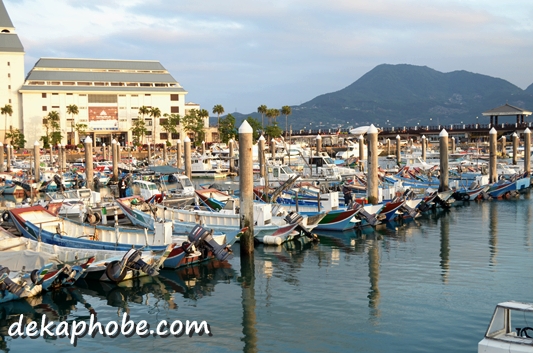 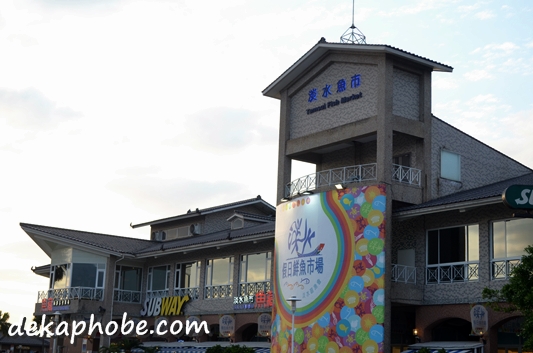 Located in the Wharf is the Tamsui Fish Market, the Lover Bridge of Tamsui and several bars, shops and restaurants. 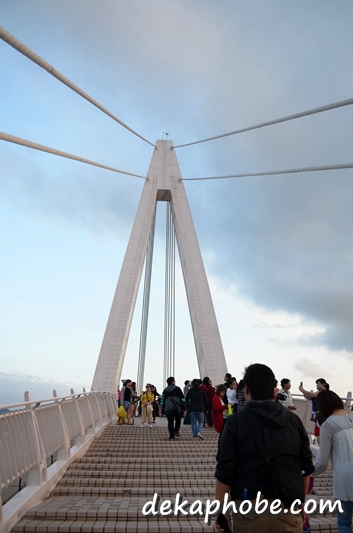 The Lover Bridge of Tamsui has been seen in Taiwanese dramas so it must be familiar to some Asianovela fans. Watching the sunset in the wharf is ideal. 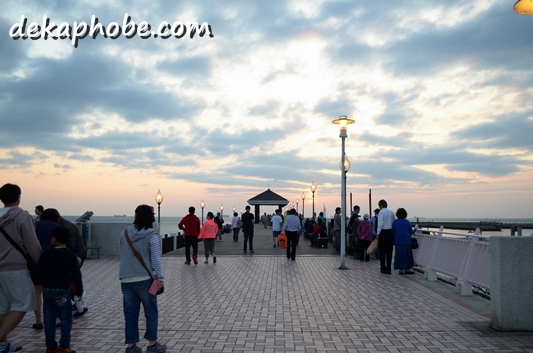 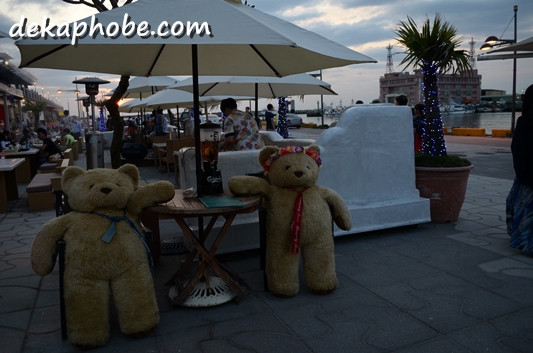 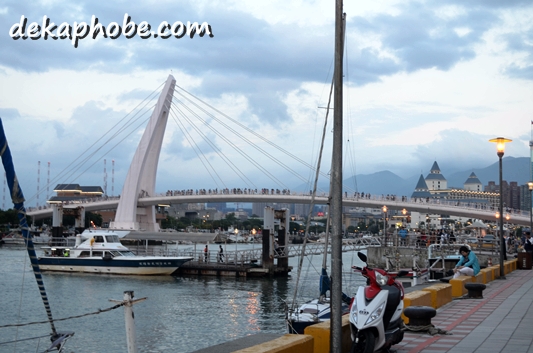 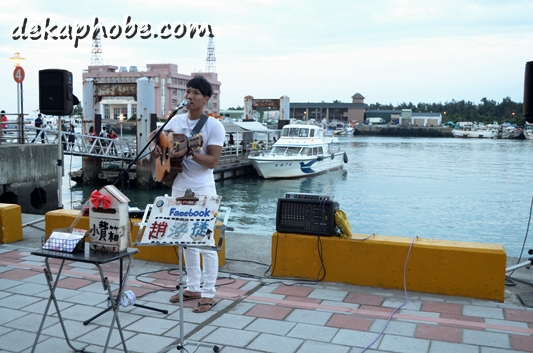 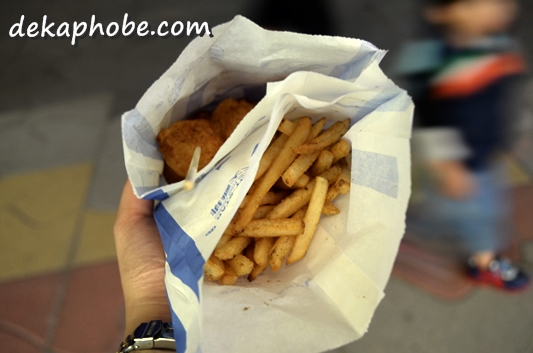 We were supposed to chicken nuggets but due to the language barrier, the guy gave us squid balls instead. Oh well...

I suggest that you buy pasalubong in Tamsui Fisherman's Wharf as items such as bags and snacks are marginally cheaper than other places we have visited.

It was a long way back to our base in Da'an District but the trip up north is definitely worth it.