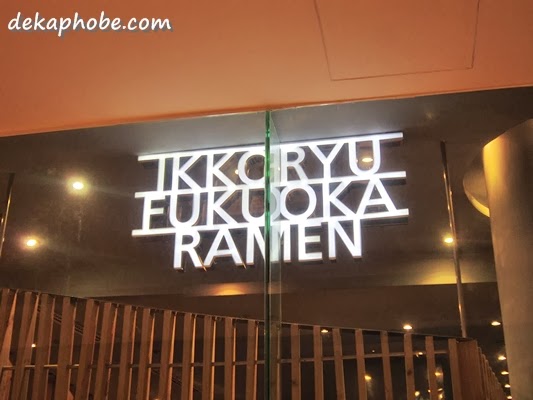 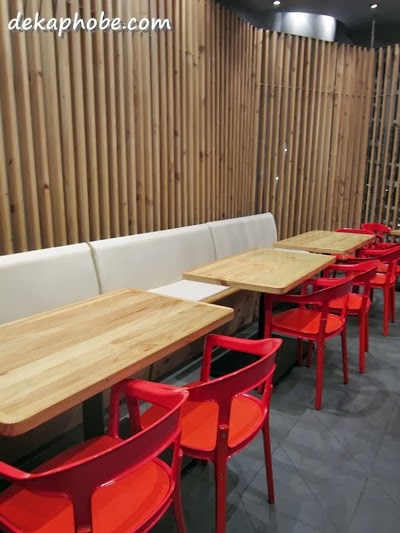 I was invited last week to visit Ikkoryu at Shangri-la Mall East Wing to try their new and classic offerings. I've been curious about Ikkoryu for a long time, but I haven't had a chance to try their ramen before. 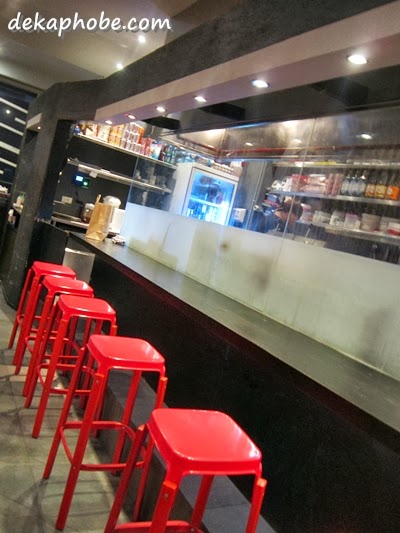 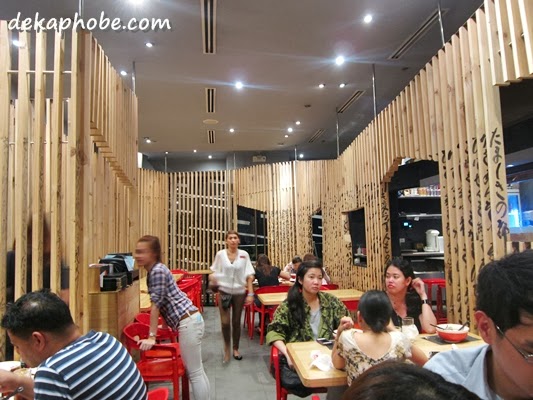 Wooden panels with Japanese characters written on it is what Ikkoryu is known for. Aside from the booth fronting the kitchen, modern tables and chairs are also available, though quite limited given the space of this branch.

I was pleasantly surprised that the CEO of YS Food, Masanori Ogata, and the PR director for Ikkoryu, Kenji Komuro, were joining us that evening. Mr. Ogata doesn't speak English but was quite accommodating and would smile often. He runs ramen stores around Asia under the brand Yamagoya Ramen, which has branches in Indonesia, Malaysia, and China.


Kenji explained that Ikkoryu specializes in Kyushu ramen, where Mr. Ogata came from. Kyushu ramen is known for tonkotsu ramen.

I was satisfied with the Gyoza, but the Karaage won my heart. The serving was quite generous, and the chicken was served really crispy. :)

We were served one of their bestselling ramen bowls, the Ajitama Tonkotsu Ramen (Php 380). 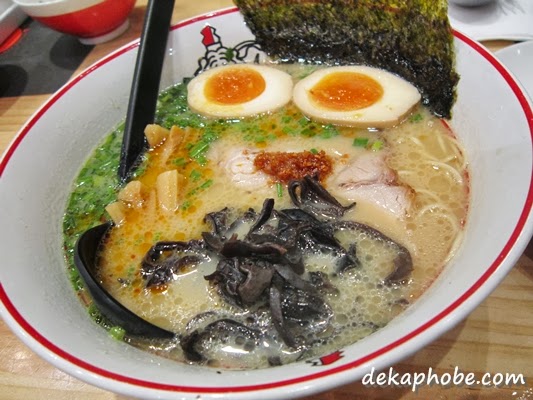 Ajitama Tonkotsu is garnished with Chashu, green onions, bamboo shoots, wood ear, and dried seaweed, topped with Ajitama. The soup was indeed hearty and creamy that you wouldn't want to stop slurping the whole bowl.

A new addition to their menu is the Yuzu-Tama Tonkotsu Ramen (Php 380).

This ramen bowl is flavored with yuzukosho, a paste made from chili peppers, yuzu peel (citrus found in Japan), and salt. The spiciness brought by this ramen bowl complements the creaminess of the tonkotsu. It made me want to eat more and eat quickly. It was something that I would crave for in this kind of weather. Don't forget to order more Ajitama (Php 50). :)

It was no wonder that Ikkoryu is one of the fastest-growing ramen stores in Manila, as they indeed have the best tonkotsu ramen. I wouldn't mind lining up for another bowl of the authentic Kyushu ramen. 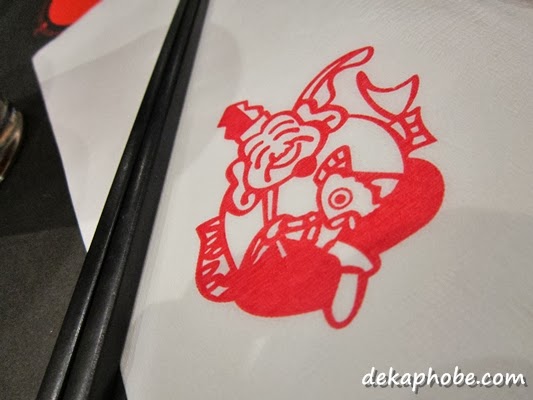 Thanks to Riza, Kenji, and Mr. Ogata of Ikkoryu Fukuoka Ramen for having us.

Other branches are Powerplant Mall and SM Aura