Our first day in Brunei started a bit late. It was Friday, a non-working day in Islamic countries. All establishments are expected to close from 12noon to 2pm. So before noon, some of us went out to buy food in the nearby mall (more about this in the future). At exactly 2pm, we went out for some sightseeing. 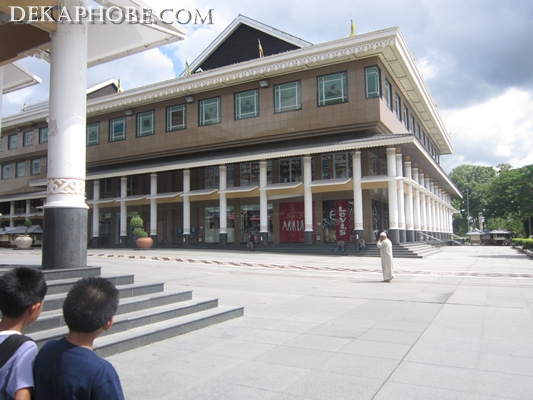 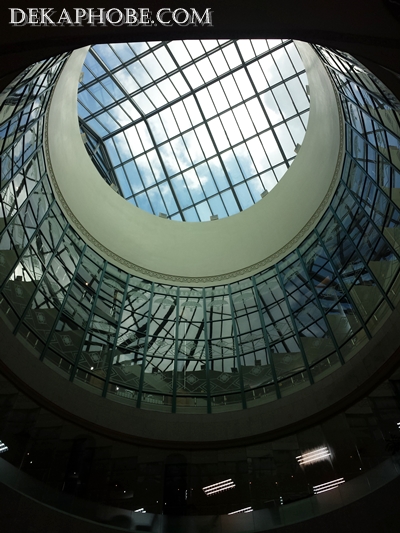 We were first dropped at one of the malls called Yayasan. You can find Hua Ho Department Store, grocery, a souvenir shop (near Jollibee), and other shops. What's nice about Yayasan is the spacious courtyard, where you can take pictures with the Sultan Omar Ali Saifuddin Mosque in the background. 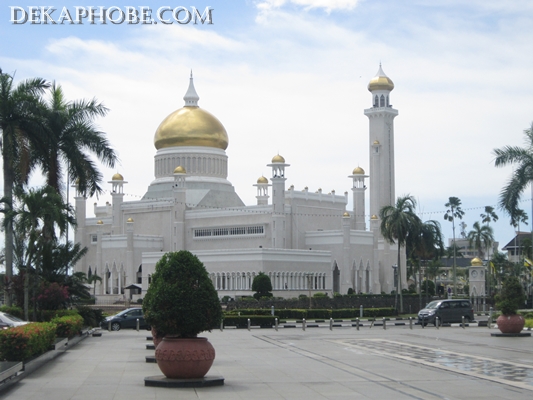 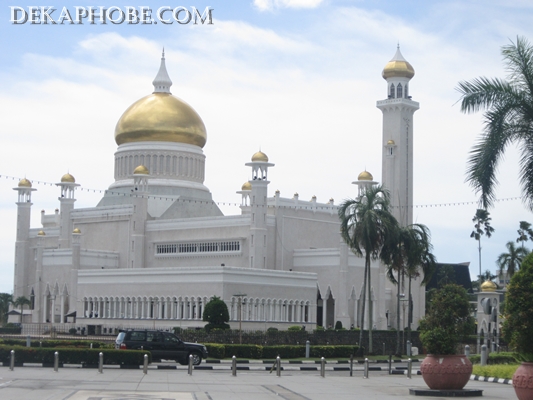 The icon of Brunei, Sultan Omar Ali Saiffudin Mosque's dome is covered in pure gold. It was closed for public viewing during that time because of Ramadan. But even from afar, I couldn't help admiring its beauty. I wish I had a closer look though. 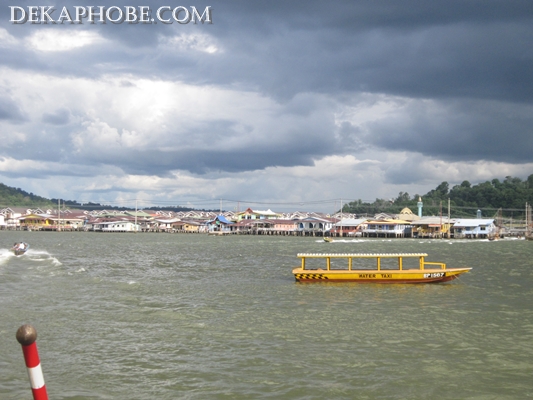 A few meters away from Yayasan Complex is the Kampong Ayer or Water Village. It is a heritage site by Brunei, as people have lived in Kampong Ayer for more than a thousand years. Houses and other establishments here are already modernized, thanks to the initiative of the government. 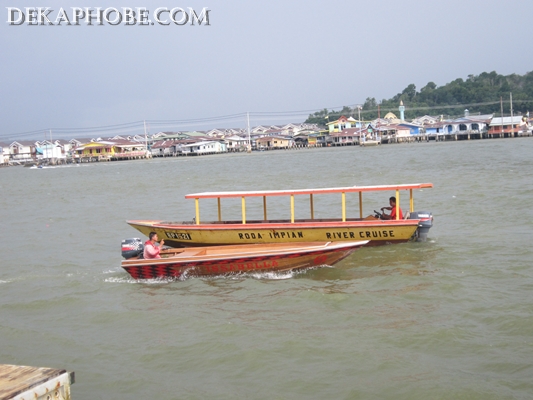 Tourists can visit ride speedboats to roam around Kampong Ayer. Too bad my titas aren't too keen on the idea of riding speedboats. But what I learned from our driver, 15B$ for 4 persons is already a good price for a speedboat ride. 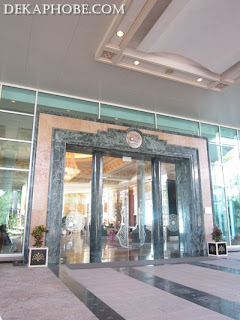 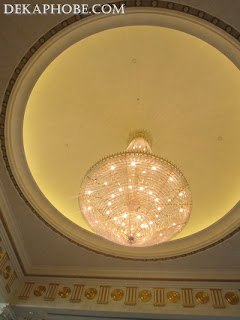 We spent most of the afternoon walking around the Empire Hotel & Country Club.

Empire Hotel opened around ten years ago and has since the hotel for the VIP guests in Brunei. PNoy stayed here during the ASEAN Summit this year.

The entire hotel screams luxury, I tell you. 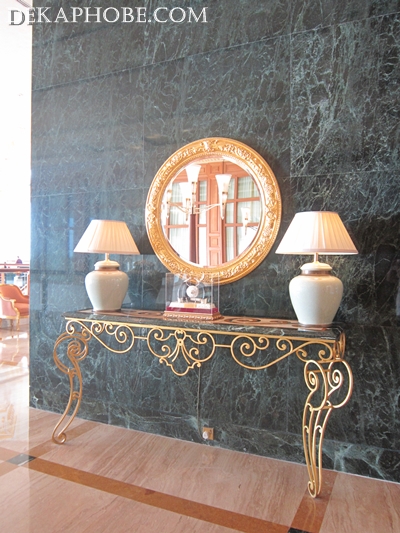 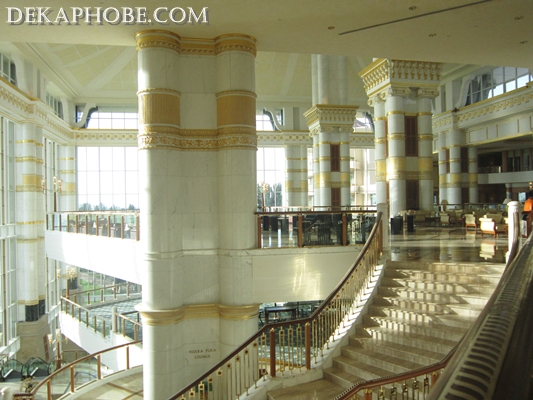 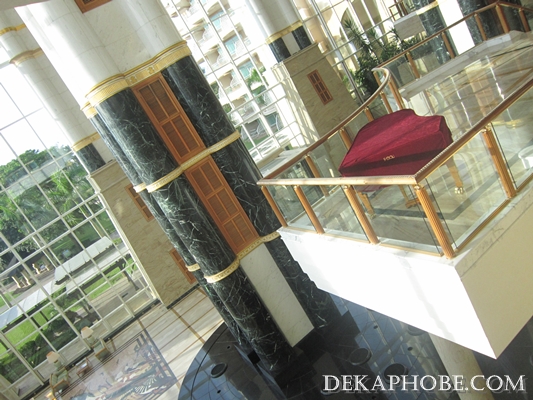 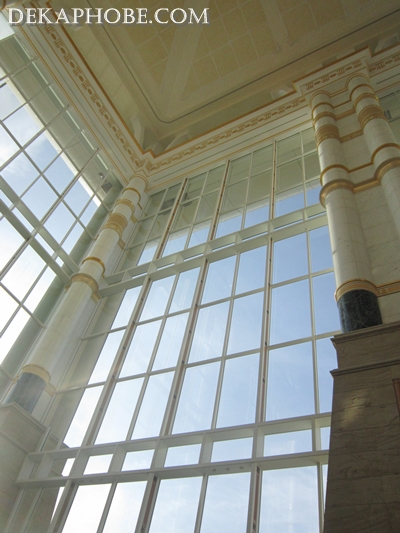 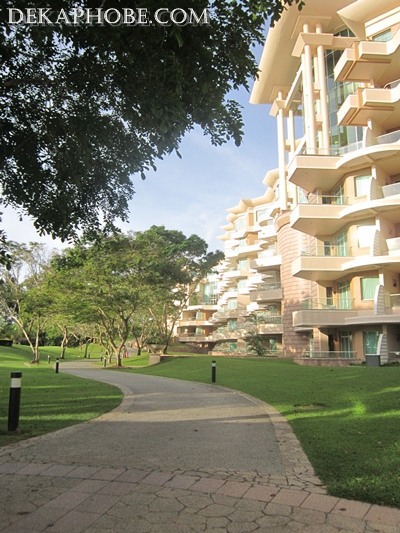 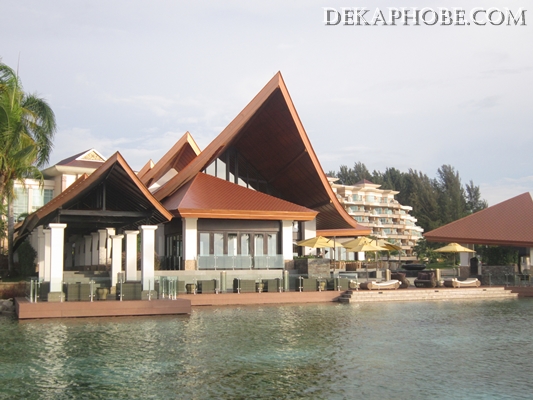 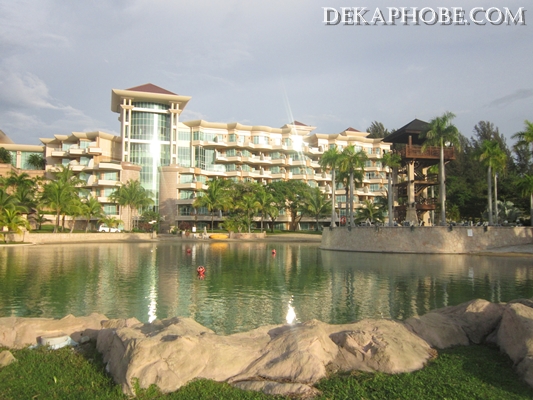 Upon checking their site, the room rates start at 400 B$ or Php 14,000, which is not bad for a luxury actually. I would love to stay here should I return to Brunei. :) 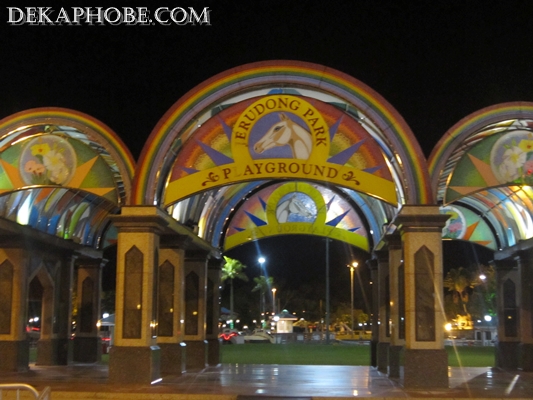 Our last stop for the day is Jerudong Park Playground, the only amusement park in Brunei. There are restaurants across, so we had dinner there first.

Jerudong Park Playground is their version of Disneyland. It used to be free to the public (including the rides), but the maintenance costs got scarier. 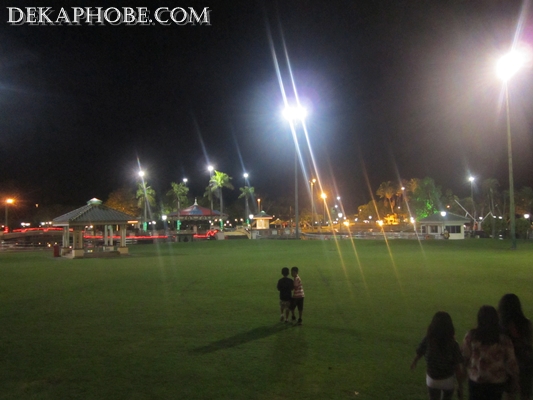 I was already exhausted at that time so I wasn't able to take photos of the entire place. The perfect venue for picnics, though.

More of my Brunei trip soon! :)