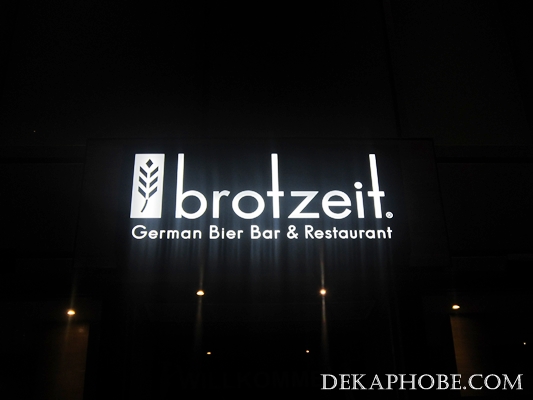 I was invited last week for the grand launch of the first Brotzeit Bier Bar & Restaurant in the Philippines, which is also the 10th branch in the world. Brotzeit comes from the German words, "Brot" which means bread and "zeit" which means time. It pertains to the traditional Bavarian expression for a small meal or snack accompanied by fresh, pure beer.

Brotzeit was established in Singapore in 2006, offering authentic Bavarian cuisine and world-famous German beers. Aside from Singapore and the Philippines, Brotzeit has locations in Malaysia, Vietnam, Hongkong, China, and Taiwan. They will soon open a new outlet in Indonesia. 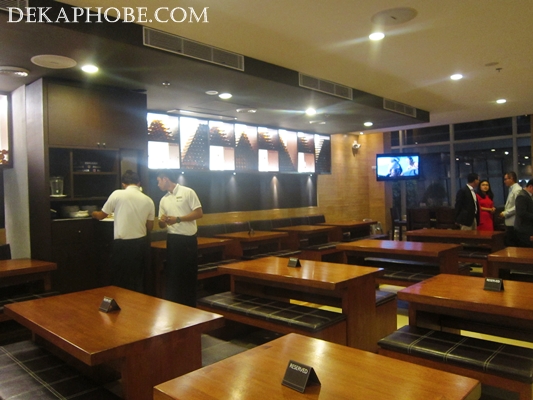 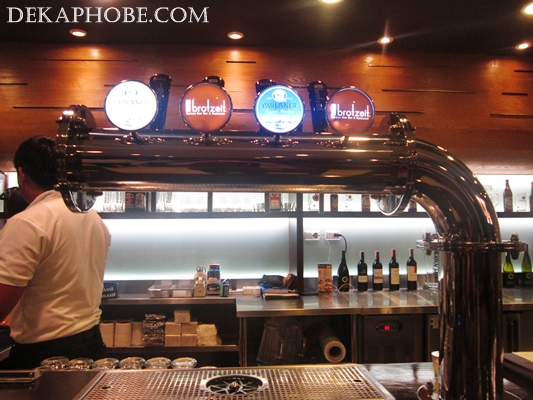 Brotzeit has this laidback modern interior, with leather benches and wooden tables, giving you a relaxing ambiance. An alfresco area is also available.

Goulash Soup is Spicy Goulash Soup, which I think tastes a little similar to a particular spicy tomato-based Filipino dish. It tastes great even when it gets cold. Served with a selection of German bread, Bacon Spread is made of crunchy bacon, apples, and onions. I was expecting some saltiness but it wasn't salty at all. Maybe that's how they go to Bavaria. A little on the heavy side, Crispy Chicken Salad is made of crispy chicken fillet, potato salad, tomatoes, sweet corn, cucumbers, pumpkin seed oil in house dressing.

A trip to a German resto wouldn't be complete without trying their sausages. As Brotzeit Philippines' Culinary Director Chef Ivan Maminta mentioned, their sausages are created in-house from authentic German ingredients.

We got to try the Currywurst or Pork Curry Sausage (Php 430) and Huhnerwurst or Spicy Chicken Sausages (Php 460).

The Spicy Chicken Sausages are served with potato salad and sauerkraut. It was a big hit for our group that I ended up taking a photo of what was left of it. But what I liked better is the Currywurst or Pork Curry Sausage, served with chili-curry sauce and potato wedges.

Cheese Spatzle is made of Bavarian homemade Spatzle with assorted melted cheeses and topped with crispy onion rings. This dish is quite similar to Mac and Cheese. As a cheese lover, I simply couldn't get away from this dish. I love it!

For something healthy, we had the Salmon Fillet, served on sauteed spinach, balsamic glace with parsley potatoes.

The deal-breaker that evening was the Pork Knuckle (Php 1280). 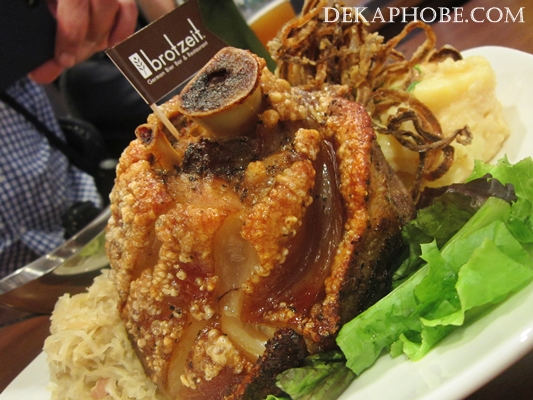 The Pork Knuckle is a crispy hind shank of grain-fed pork, served with potato salad, sauerkraut, and homemade sauce. What's interesting about this dish is that it was baked, and not deep-fried, yet it was crispy and very tender.

Apple Strudel is a popular European dessert, served with vanilla ice cream. I didn't expect that I'll like this one, but I did. :) For people who prefer something not too sweet, you can have the Emperor's Cake. It is shredded pancake with rum and raisins served with plum sauce. Both desserts have alcohol so it's not for kids.

What I enjoyed most is the Chocolate Cake (Php 270). 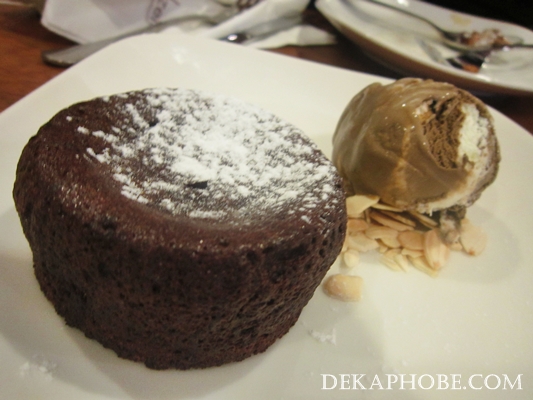 It's more of a chocolate lava cake, which oozes with warm Belgian chocolate fudge as I cut my fork through it. I had to control myself because I really wanted to finish the whole thing. It was really delicious! :)

Brotzeit is really an ideal place for bonding with friends and family. Yes, they do have a separate menu for kids too. It was a fun night with my fellow foodies over booze and delectable food. I'd definitely give this place a visit really soon!

Thanks to Brotzeit Philippines for having us.