After our dinner at Aida's Chicken in Manokan Country (and a short trip to Starbucks for the city mug), we went to the most popular place in Bacolod for desserts: Calea Pastries & Coffee.

I love desserts (especially cheesecake!), I wouldn't miss this place for the world. Their Balay Quince branch is a few blocks away from Starbucks Bacolod so we just walked to the spot. Seeing the sign from afar was like seeing the light from the end of the tunnel. We were just ecstatic to try what Calea has to offer. 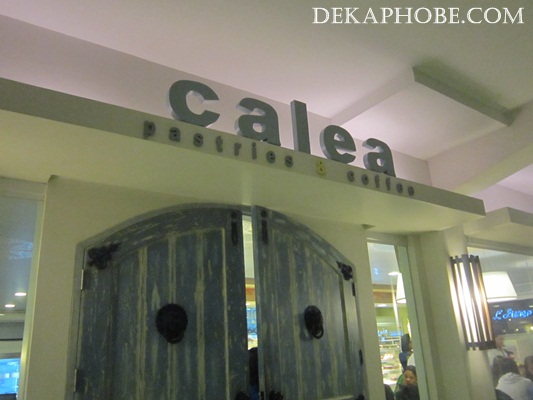 The resto was jam-packed by the time we arrived that we got a table at the alfresco area. 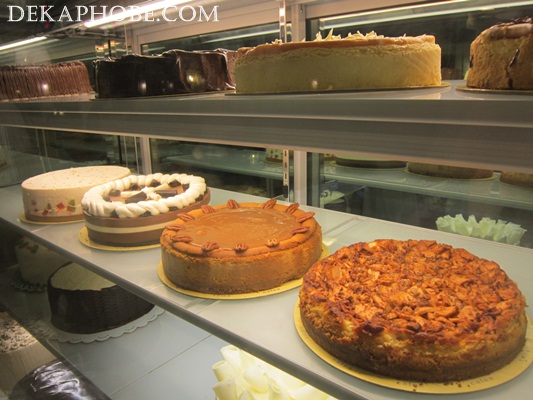 The counter is like a wonderland. It really took us a while before we decided on which cakes to order. The system was kinda confusing because there were lots of people swarming the counter. It would have helped if they put labels on each cake.

Imported Chocolate Cake has a generous amount of chocolate icing on top and custard filling in the middle. Who would think that this slice is so heavy? It's heavier than Ms. Polly's Chocolate Cake, one of the best chocolate cakes in Manila. The Triple Chocolate Mousse is just as exquisite with the right amount of sweetness.

We also had the cheesecakes: White Chocolate Cheesecake and Blueberry Cheesecake.

The White Chocolate Cheesecake is topped with white chocolate shavings and served with strawberry sauce on the side is just delicious! The strawberry sauce adds flavor to the taste of the cheesecake. Blueberry Cheesecake has an oatmeal crust instead of the traditional graham crust and gives more texture to this beauty.

We also tried their coffee drinks. For cold drinks, we had Mocha Frost (Php 85) and Cappuccino Frost (Php 85). One of my friends wanted something hot, so he opted to have a cup of Cappuccino (Php 75). 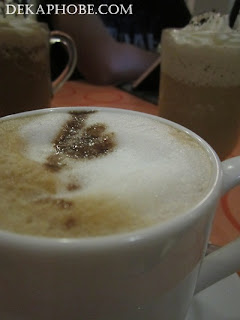 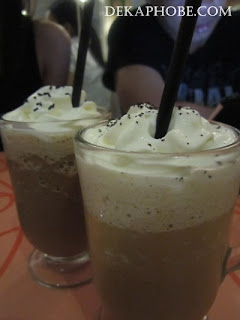 Calea is truly one of Bacolod City's food gems that everyone should give a try whenever you're in Bacolod. All the cakes are surprisingly very affordable, even the cheesecakes are less than Php 100 per slice. The quality of their cakes can even surpass those I have tried before.

I'm looking forward to returning to Bacolod for more of Calea. 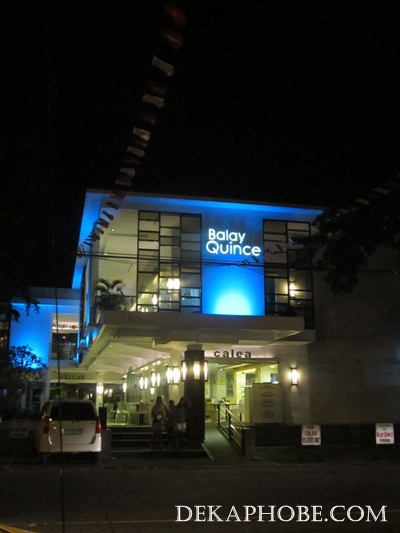