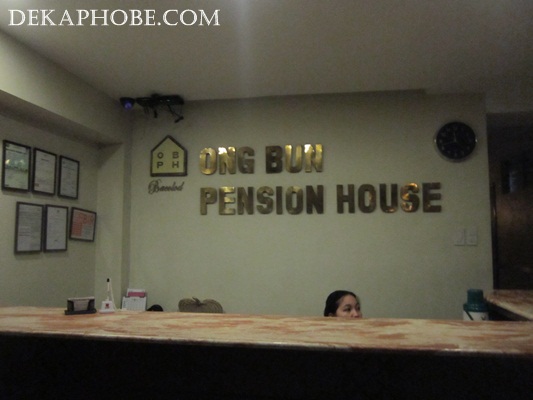 For our Iloilo-Guimaras-Bacolod trip, we spent one night in Iloilo and one night in Bacolod. Since we're working on a budget, we stayed at Ong Bun Pension House.

I called Ong Bun for reservations and they were quick to respond. From the Iloilo airport, we rode a cab to Ong Bun (fixed rate: Php 350). Since we arrived very early to check-in, we just asked the receptionists if we could leave our things with them while we start our tour, and they willingly obliged. They actually have an area where they keep the bags of guests.


Since there are four in our group, we decided to have 2 Deluxe2 rooms at Php 580 per night. The rate doesn't include breakfast but you can pay an additional fee for breakfast. 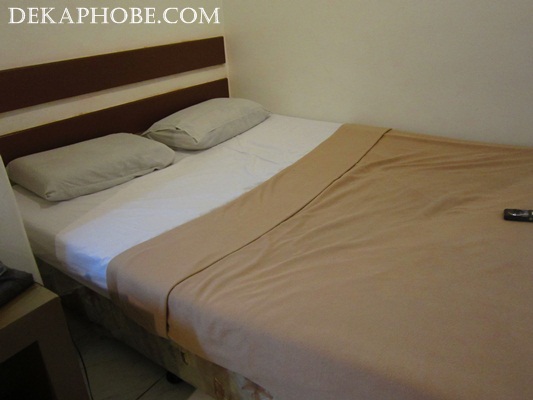 The Deluxe2 room is an airconditioned room with cable TV, bathroom, study table and cabinet. Towels, soap and shampoo is also provided. You can get distilled water from water containers in each floor, and they also provide thermos, coffee cups, and glasses per room. No hot water for the bathroom, by the way.

Our room was actually very spacious. The location of Ong Bun Iloilo is very strategic too, since it's a few steps away from Robinson's Iloilo and SM Delgado. It's also near the Ortiz Wharf, which is helpful if you're going to Bacolod or Guimaras too.

Luckily, Ong Bun also has a branch in Bacolod so I didn't have to look for another pension house.

We had Double Standard Rooms for Php 530 per night. Again, this rate doesn't include breakfast.

Ong Bun Bacolod has newer facilities than Ong Bun Iloilo, but the rooms are a little smaller.

The amenities are also same as the ones in Ong Bun Iloilo. The location is also ideal, it's near banks and fast food chains. It's a trike ride away from the Bacolod port and SM City Bacolod. It's also near the main road (Lacson Street).

The place is really secure as my roommate and I forgot to lock our door overnight. The guard called our attention in the morning and told us that he closed it for us since we're already sleeping. Thanks, manong guard! :)

For this trip, we actually spent Php 555 per person, not bad for budget travel, right?

If you're looking for affordable place to stay in Bacolod and Iloilo, try Ong Bun Pension House.