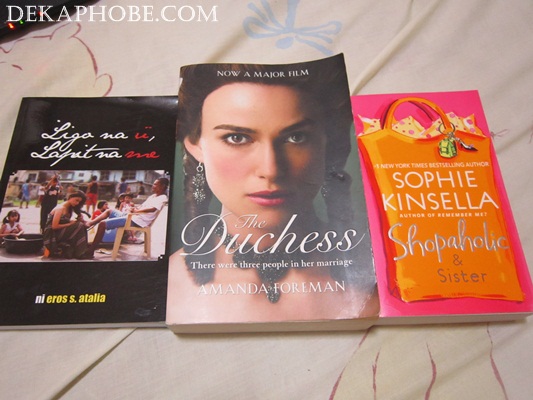 This is probably the longest book month for me as it took half of my July to finish the last book. Vacation planning, vacation, and watching TV series took a lot of my free time too. I do hope I'd get to read more books in the future. :)

Karl Vladimir Lennon J. Villalobos or Intoy is friends with school transferee (and heartthrob) Jenny for more than a year. For more than a year, they have been also bed partners without any emotional attachment. Little did Jenny know that Intoy already has feelings for her. Just when Intoy is ready to declare his feelings, Jenny dropped the bomb that she's pregnant, and Intoy's not the father. After the revelation, Jenny stopped attending school and stopped communicating with Intoy.

Intoy struggles with surviving his heartbreak while searching for a job after graduating and contemplating the
'what-ifs' if he was brave enough to tell Jenny earlier on how much he loves her.

I had mixed emotions after reading the book, I was annoyed but entertained by the humor.

This book speaks of the current situation that some people don't want to discuss: sexual relationships without attachments.

This is a must-read (for adults)!


19. Shopaholic and Sister by Sophie Kinsella

Becky Brandon (nee Bloomwood) returns to London after traveling the world in 10 months, naturally with a truckload of purchases that even her husband, Luke, doesn't approve. She returned home finding out that her best friend Suze has a new best friend PLUS she has a half-sister. She initially thought that she could bond with her sister through what she does best: shopping. Turns out that Jess, her half-sister is quite her opposite: she's financially savvy and hates shopping. They try to settle their differences while in a dangerous rocky mountain then realizes that they finally have a similarity: their passion and willpower to have something they really want.

I don't know why I kept reading the series though I hate Becky. However, reading the Shopaholic series makes me realize the importance of money and relationships.

20. The Duchess by Amanda Foreman

The book is about the life of Georgiana, The Duchess of Devonshire. Georgiana is a very popular figure during her time, in terms of fashion and politics. Though it wasn't a good time for women in politics, she made her way to help those who were in her favor. She was also a wife who managed to live with her husband's mistress until her death and a doting mother to her children.

It would be interesting for historical fiction fanatics, but it kinda bored me that it took me a while to finish it.

I have also watched the movie versions of "Ligo na U, Lapit na Me" and "The Duchess", I hope I'll really really get to finish more books. Wish me luck! :D