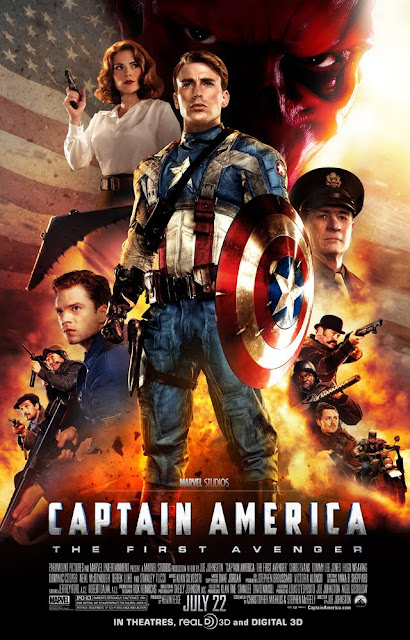 Just watched Captain America this weekend with my sisters and brother, we arrived late so we weren't able to watch the first part of the movie, when Steve Rogers is still a skinny kid.

I am not a fan of Captain America, though the trailers got me curious. Also, my kid brother wanted to watch it.

The story is about a lanky kid, Steve Rogers (Chris Evans), who volunteered to be a guinea pig for a scientist's experiment
to create super soldiers.

The scientist was assassinated, making Steve the only super soldier he was able to create. Thus, he became Captain America initially as a mascot to entertain and encourage soldiers to fight for the country. 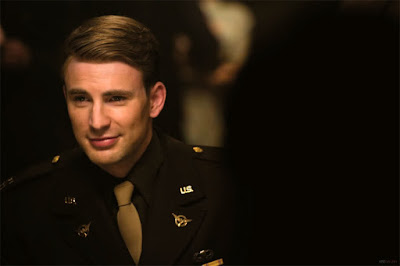 Fast forward: Captain America saves the country from Red Skull, who was also a guinea pig of the scientist. He saved his country by crashing the plane.

I liked the movie. I think it should have been shown before Thor, which I also watched, but I had to bug my friend who was watching with me, since I don't know anything about Thor.

I'm also a fan of period movies, which explains why I'm quite partial to Captain America.

It's just too bad that I wasn't able to watch the beginning of the movie.

However, I think Chris Evans is just as hot as Chris Hemsworth. If I did not research about Chris Evans, I would not even realize he's the Human Torch from Fantastic Four.