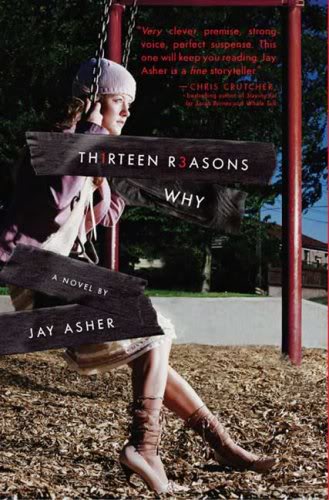 PEx Book Club agreed to discuss one book that we have to read at a certain period of time, and we chose "13 Reasons Why" by Jay Asher, a young adult novel. The story is about Hannah Baker, a teener who killed herself. But before she did, she made voice tapes for 13 persons who played a role that led to her suicide.

The voice tapes are to be passed from person 1 to person 13, if not, the second set of tapes will be publicized.

The tape is with Clay Jensen, person number 9, as the story was told.

Hannah Baker is a depressed girl, who was asking for help but did not get it.

I would not disclose the 13 reasons here, so that you will read the book.

The book speaks of one of the most common problems on teeners, depression, which sometimes lead to suicide. Suicide is a big issue the U.S. since a lot of teenagers experience bullying, ridicule and sometimes abuse.

The bottomline is we should be careful of people we are interact with. And we should know who to trust.

I personally think that suicide is the ultimate weakness. Depression is another thing, I think everyone experiences it once or more in his or her lifetime.

I would like to share that I had depression during my teens. It was difficult, it took me weeks to acknowledge that I am depressed. I sought help, I'm glad I got the help I needed. It's just too bad that Hannah Baker did not get the help she needed.

The author, Jay Asher, has written Hannah's story after her death to show how hopeless this girl was that she had to kill herself.

The book is a must-read for teeners and parents, though it leaves a negative impression.

Sometimes, life's lessons have to be learned the hardest way.