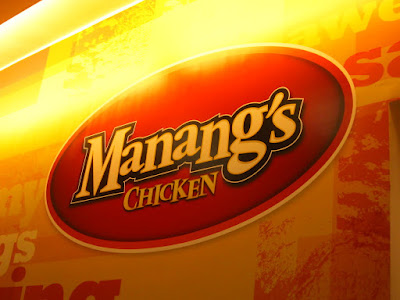 Finally! The sun did shine after a few days of terrible rain. And I was able to go out for lunch at Manang's Chicken.

I did not know that it was popular because it was a regular stall in Mercato until I read about it in Our Awesome Planet. Also, a fellow pex food club member suggested that I should try it.

I have to be nice with Manang's because they are just starting with a place of their own, and it's a lot different from having a stall.

I ordered 2 pcs Manang's Chicken (Php 124) and regular Iced Tea (Php 30). I was supposed to order Sarsi but they ran out of drinks in can. 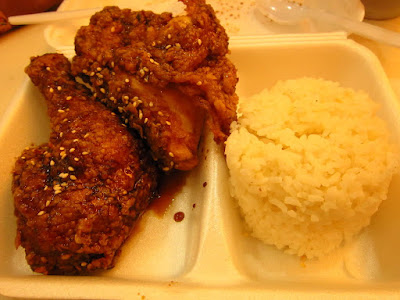 You can have your chicken in original, mild spicy and spicy sauce. I had mine in original sauce. They still use styro containers for dine-in. I guess they still have to improve on that and use plates instead.

My friend and I sat near the kitchen, and they were still having problems on which orders should come first. Excusable, since they are just starting. I got my orders quick, so quick that I got it faster than the people who ordered before me. :) 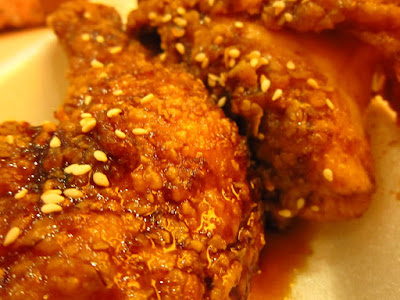 I got two huge pieces of chicken, and it was so delicious! I love the sweetness and saltiness of the chicken. It is a perfect substitute for the usual fried chicken. However, it is a bit more expensive than your McDo and Jollibee but cheaper than Bon Chon.

I see myself returning for more Manang's Chicken.